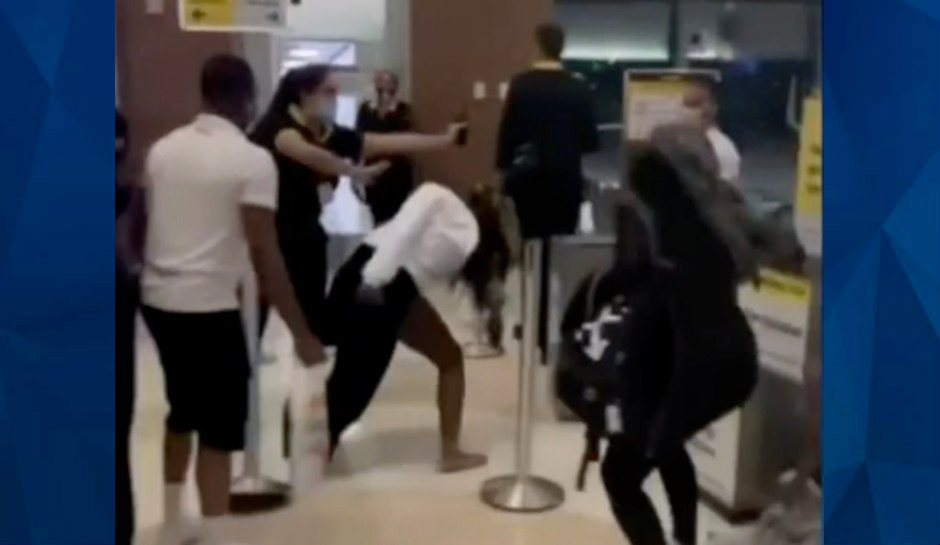 Part of the melee was captured on cell phone video.

One of the women was also accused of stealing a cell phone from an employee; the phone was found in a backpack.

Spirit Airlines said three of its employees sustained minor injuries during the fight.

“This violent behavior is completely unacceptable and has absolutely no place in airports or any other place of business,” the airline said. “We will not tolerate abusive behavior of any kind.”

An airport spokesman also said the behavior seen “during Tuesday’s incident is unacceptable and will not be tolerated in our facility.”