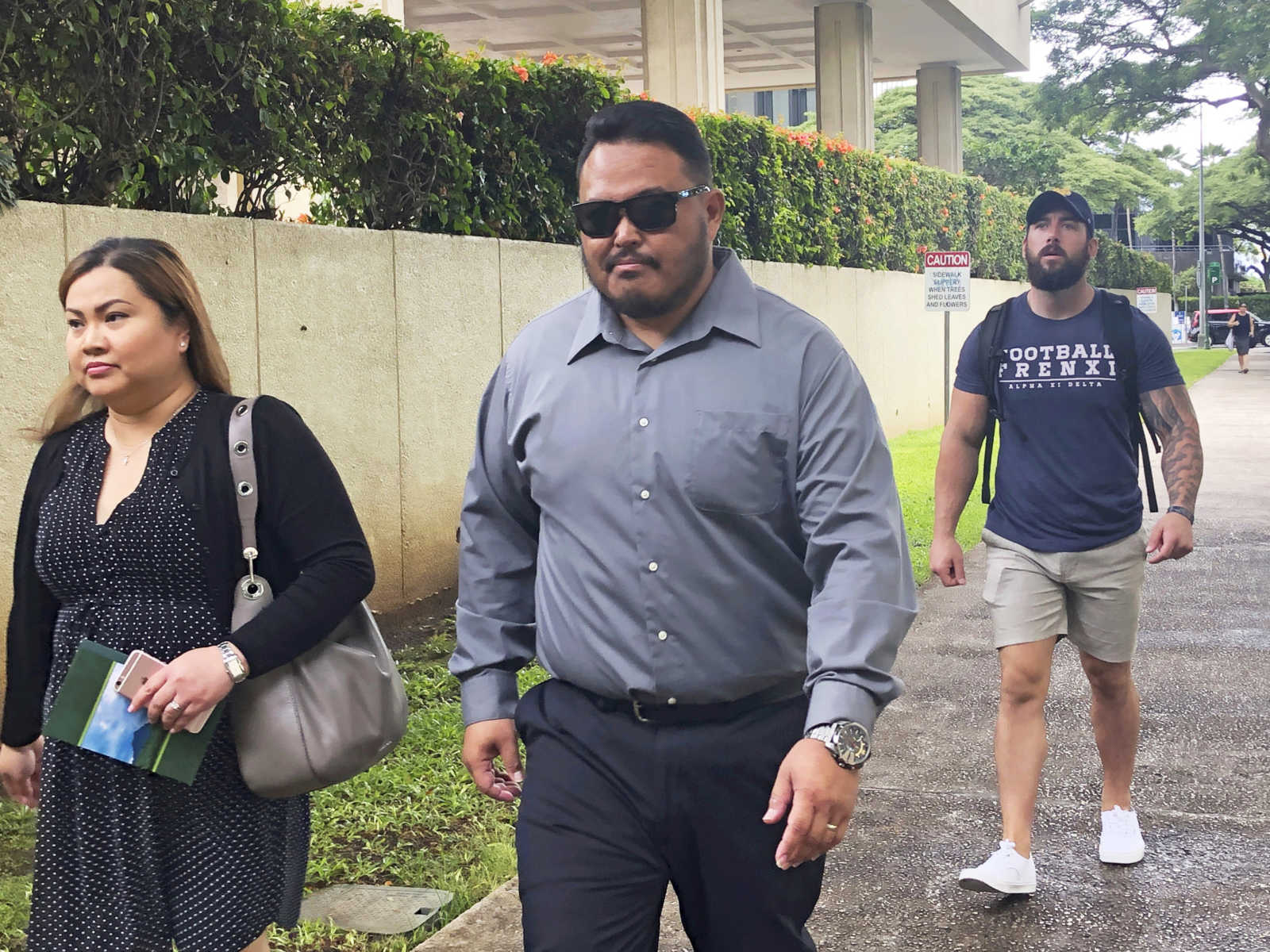 A former police officer in Hawaii who forced a homeless man to lick a urinal in 2018 was sentenced Wednesday to four years in federal prison.

KHON reported that ex-Honolulu police officer John Rabago, 44, pleaded guilty to conspiring to deprive a person of his civil rights and acting under the color of law to deprive the same individual of his civil rights. Rabago (not pictured) resigned from the police department prior to his sentencing hearing.

Officers Rabago and Reginald Ramones (pictured center) responded a nuisance complaint at a mall when they encountered a homeless man, Sam Ingall, who had taken shelter in a public restroom. USA Today reported that at one point, Rabago told the Ingall, “If you lick the urinal you won’t get arrested.”

According to ABC News, U.S. District Judge Leslie Kobayashi described how Rabago threatened to beat the victim and shove his face into a toilet if he didn’t comply. Kobayashi said Rabago then grabbed Ingall’s shoulders, held him down, and stepped on his legs to restrain him until he licked the urinal.

“He was forced to essentially do something that’s disgusting. His face was forced into a urinal,” Ingall’s attorney, Myles Breiner, previously said. ‘The police officers thought this was amusing. It wasn’t as though he was doing anything illegal but they chose to do this to him because he was vulnerable.”

Ramones, who resigned from the police department in August, testified against Rabago and pleaded guilty to not reporting Rabago’s gross civil rights violation. His sentencing is scheduled for next week.

ABC reported that the victim filed a lawsuit against the Honolulu Police Department earlier this year.