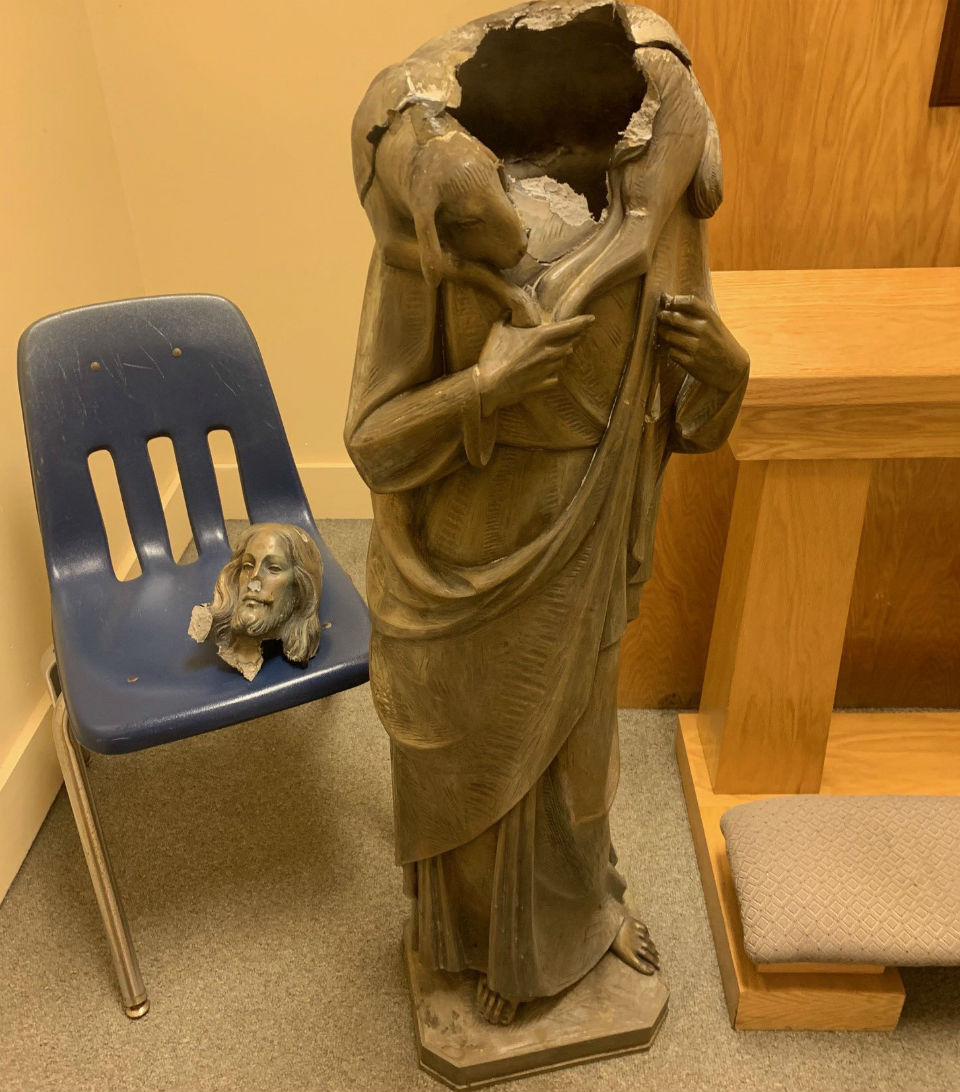 A Jesus Christ statue was beheaded in south Florida this week, and the incident is being investigated by local and federal authorities, the Miami Herald reports.

Authorities believe the statue was damaged between Tuesday evening and Wednesday inside the courtyard of Good Shepherd Catholic Church in West Kendall in Miami-Dade County.

The head of the statue was discovered shortly before 8 a.m. on Wednesday,  Archdiocese of Miami spokesperson Mary Ross Agosta told the Miami Herald.

“This is an attack on the church,” Ross Agosta said. “This is not only private property. It is sacred property.”

She added: “This is not something you can trip over and say, ‘Oh, sorry.’ Someone did this intentionally.”

Video of the scene from WPLG-TV shows the statue was secured by multiple rods and screws.

Surveillance video has been shared with investigators, but it was not immediately clear whether the video shows the vandalism or who committed it.

The incident is one of a growing number of religious sites hit by vandals recently, Deacon Edivaldo da Silva said.

“We have seen this happening all over the country,” da Silva told WPLG-TV.

The Archdiocese of Miami reportedly wants authorities to investigate the case as a hate crime. Local police and the Department of Homeland Security are working to find who committed the act.

“People find peace at these types of places, especially during these times,” police spokesman Argemis Colome told the Miami Herald.

“We want to ensure the community that MDPD will look into the matter so people can continue to feel safe.”

da Saliva asked the public to pray for peace.

“God bless you all and let us pray for peace in our country and peace in Miami,” da Saliva told WPLG-TV.