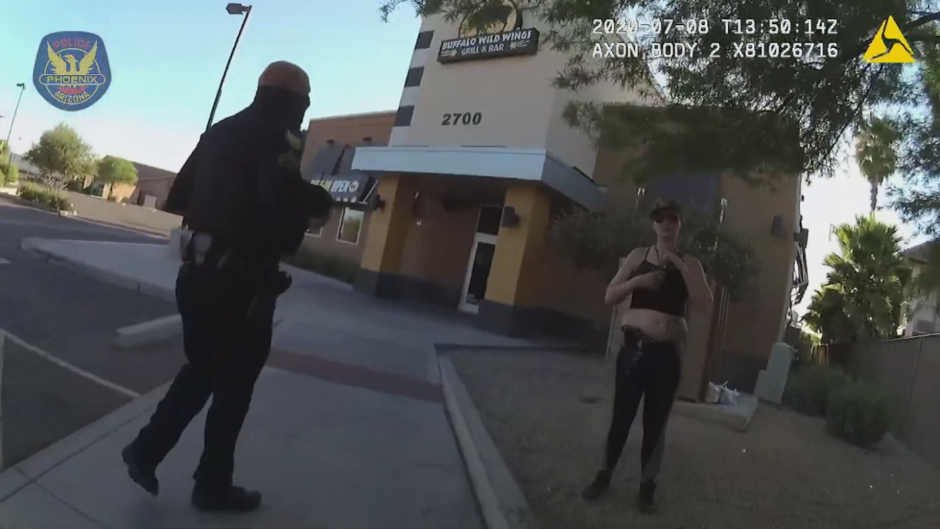 On Wednesday, police in Arizona released bodycam footage of an officer-involved shooting that occurred earlier this month outside of a motel.

The edited video reportedly shows the July 8 arrest and shooting of Jovanna McCreary, 24, who Pheonix police reportedly wounded after she fired at them. Officers responded to the local motel after a man called 911 claiming that he kicked out McCreary for “acting crazy” and she was outside shooting a gun, according to AZFamily.

Body-worn cameras filmed cops making contact with McCreary, who is heard claiming she doesn’t have a gun. She then claims another woman had fired a gun towards her.

Officers speak with McCreary for seven minutes before they get her permission to search her bag. At that point, they reportedly discovered ammunition and illegal drugs in her possession.

Police also learned that McCreary had an outstanding misdemeanor warrant for her arrest. While being taken into custody, McCreary is seen in the video struggling with officers before retrieving a gun from her waist area and firing.

McCreary was hospitalized in critical condition but survived. She was ultimately booked into jail on suspicion of aggravated assault on a police officer, resisting arrest, and drug possession.

No bystanders or officers were injured in the July 8 incident. According to the Arizona Republic, the Phoenix Police Department said they’ll determine whether the officers followed protocol after the completion of an internal and criminal investigation.