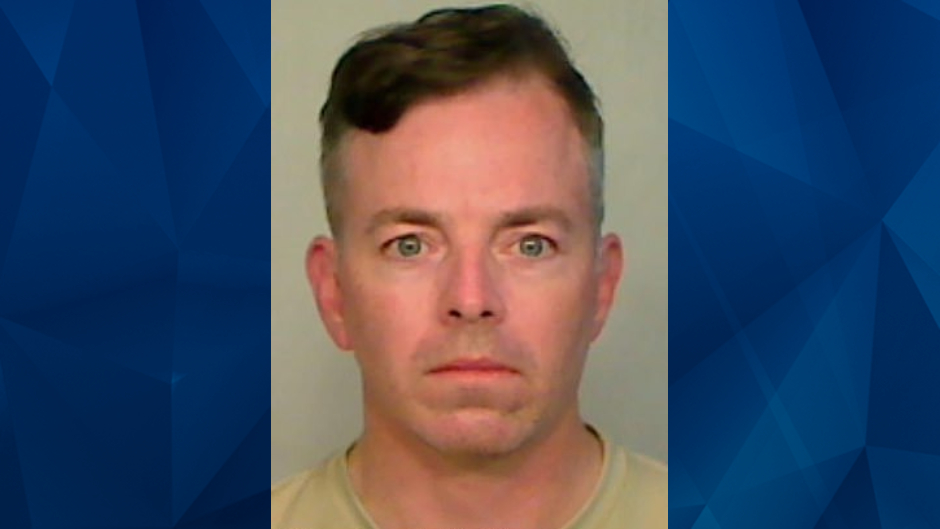 A South Carolina man was arrested in Florida on July 16 after he allegedly hid a camera in a hotel room and secretly filmed two women.

Robert Privette, 49, was charged with burglary and voyeurism for an incident that allegedly unfolded at DoubleTree resort in Key West. Police claimed Privette secretly recorded two women, ages 24 and 27, after sliding a small camera under a door separating his and their rooms, according to The Smoking Gun.

Privette allegedly started recording on July 15, after hearing the women return from the beach. The news outlet reported that he admitted to placing the camera in the women’s hotel room earlier in the day when he overheard them talking about going to the beach.

After returning to the room, the younger woman was standing in front of a mirror naked. At some point, the other woman had gotten out of a shower and she noticed a camera that appeared to be attached to a black cord coming from Privette’s room.

Police wrote that the women were “frantically pointing” at the camera and yelling, prompting Privette to retract the device back into his room.

Privette reportedly told responding officers that he heard the women scream but thought they discovered a bug or something of the sort. An arrest report stated that Privette — who appeared anxious and was sweating — ultimately confessed and gave police the go-ahead to obtain a warrant and search his room.

The Smoking Gun reported that police seized a spy camera, laptop, two hard drives, and a Nikon camera. Privette, an industrial designer for Atlas Technologies, allegedly revealed that he’s covertly used his camera at least 10 times during work-related trips which have taken him all over the country.

In South Carolina, Privette reportedly has a side job repairing cellphones and was recently a Boy Scout troop leader, according to WCIV.

Privette was released from custody in Monroe County, Florida, after posting $30,000 bail. Police in Berkeley County, South Carolina, confirmed to WCIV that they’re gathering information pertaining to the case.