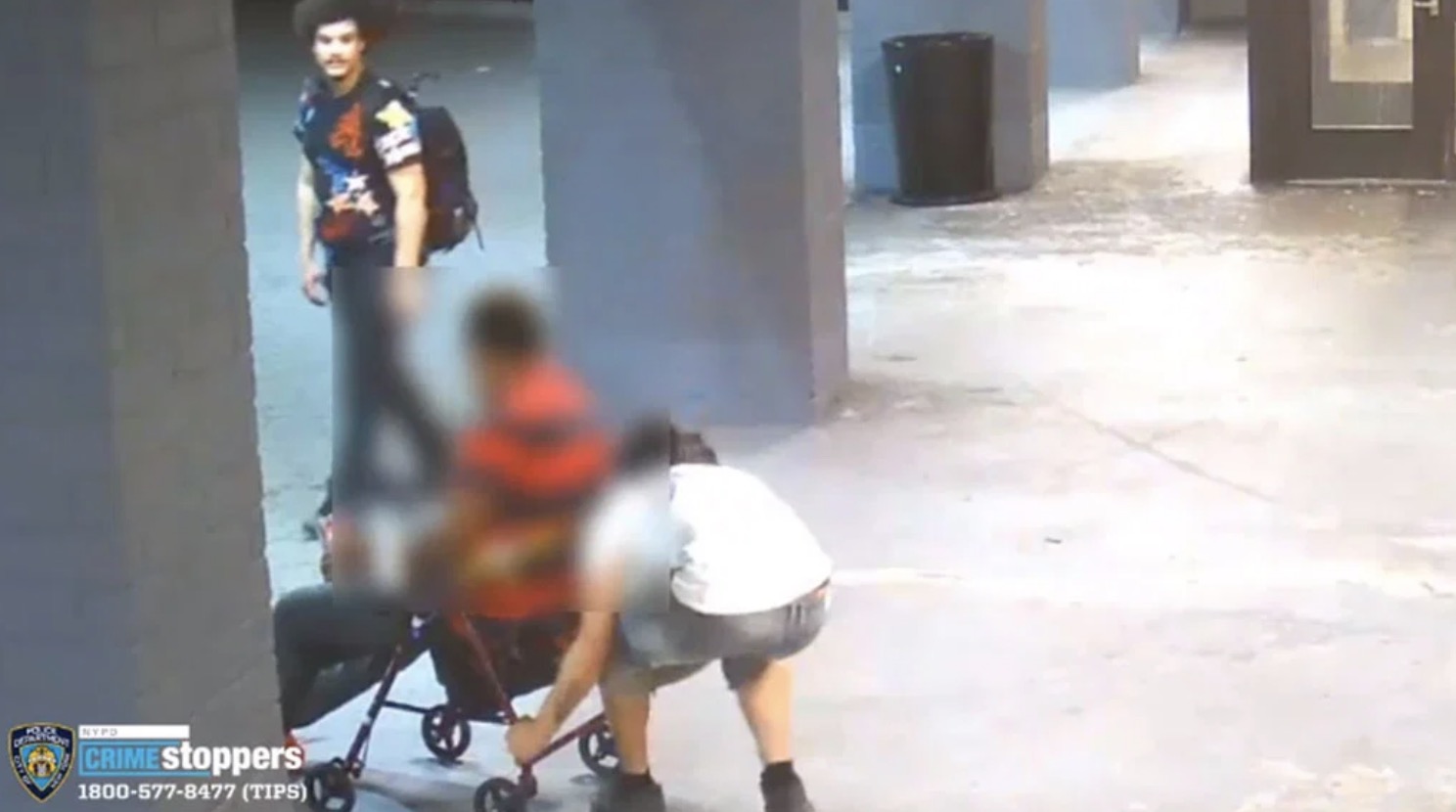 SEE IT: Muggers yank WHEELCHAIR from under HANDICAPPED VICTIM

New York police are asking for help identifying two craven muggers who yanked a rollator — a rolling walker that can also double as a wheelchair — from under a disabled man in his Bronx apartment lobby.

Police said the two assailants rifled through the 35-year-old man’s pockets and kicked him in the face while he was on the floor, CBS New York reported. The incident took place on July 18.

The Daily News said Valenzuela became disabled after a stroke stemming from a shooting in 2013. He was struck four times and is partially blind in his left eye because of a bullet that exited his temple.

Valenzuela and his mother said they recognized the muggers as neighborhood troublemakers but do not know their names.

“He did nothing, he was not talking to anyone,” his mother said. “The mothers suffer because of them. Because of what they do, we live in fear in this building.”

Valenzuela said he’d come downstairs to get some fresh air after a nap and that the incident broke his rollator.

In the video, one of the muggers distracts Valenzuela while the second comes up behind him to grab the rollator and pull it out.

Anyone with information is asked to call Crime Stoppers at (800) 577-TIPS.