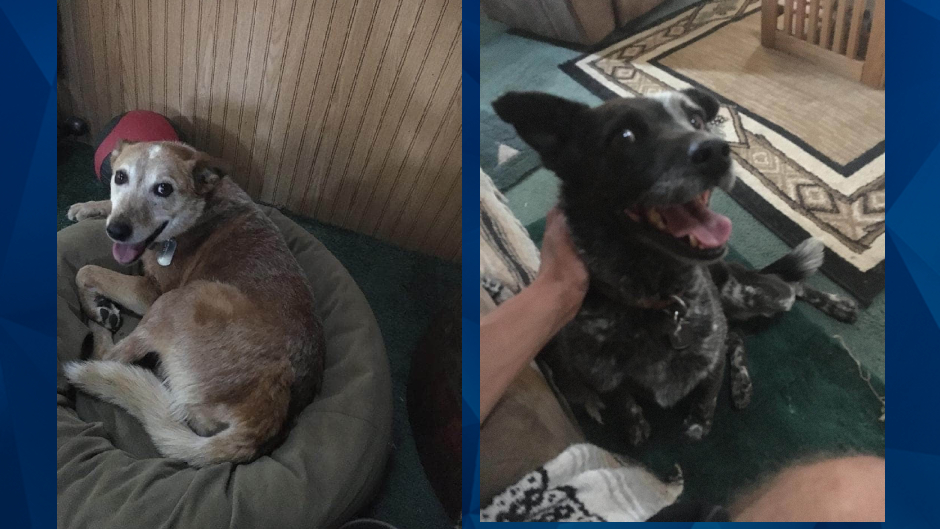 On Sunday, Colorado authorities apprehended a man who they believe beat his roommate’s two dogs to death days earlier.

The Teller County Sheriff’s Office said in a statement that Matthew Dieringer, 30, was arrested at a Days Inn Motel in Arapahoe County.

According to KRDO, Teller County police’s animal control unit conducted a welfare check at a mobile home in Florissant after the dogs’ owner claimed he received alarming text messages from Dieringer.

Responding officers reportedly noticed the walls were covered in blood and had multiple holes — including one that looked like someone’s body had slammed into it. They also spotted the words “South Park” etched on a television in the home, according to KRDO.

The arrest warrant stated that police discovered a severed 6-inch black and white tail submerged in water. The owner confirmed the tail belonged to Hayoda, but the rest of the dog’s body has not been recovered.

Outside the residence, officers reportedly discovered a blue plastic tote containing Suka’s remains. Several tooth fragments and black dog hair were discovered in a bathtub drain in the home, according to KRDO.

Neighbors reportedly said Dieringer claimed he was working on a “South Park” movie. They also alleged he was yelling and appeared to be in an “enraged mental state” same the night police responded to the home, the news outlet reported.