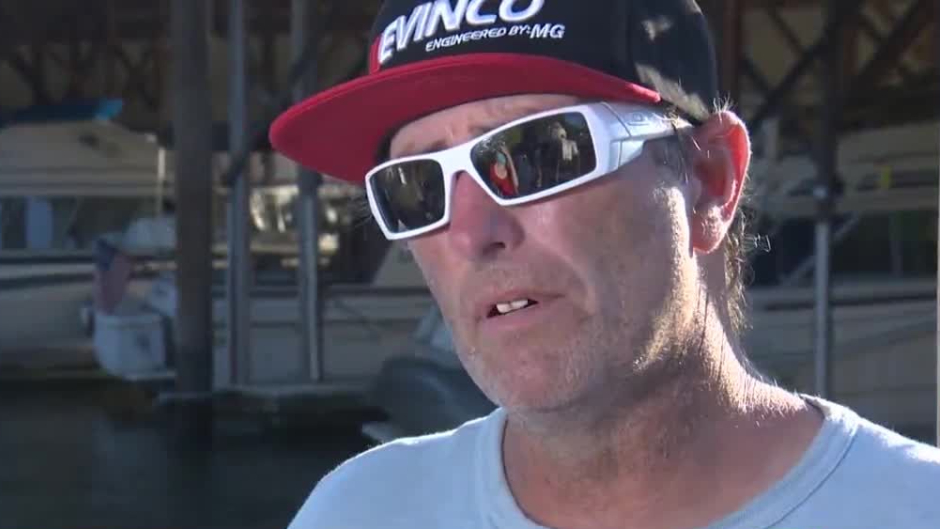 Fishermen save 4 young children from submerged car after their mom is shot dead while driving: Reports

The suspect, who’s reportedly the father of three of the children, allegedly shot his girlfriend from the passenger seat

A California man allegedly shot and killed his girlfriend Monday night as she drove with her four children, but fishermen came to rescue and saved children who might have otherwise drowned.

The Sacramento County Sheriff’s Office said in a statement that a man rescued shooting suspect Mandiko Kwadzo, 27, and the four children from a car that plummeted into the river. Police said Kwadzo was in a domestic relationship with the victim, and that he is the father of three of the four children involved in Monday’s incident.

KCRA identified the good Samaritan as Harrell Fischer (pictured). Fischer told the news outlet that he was working on his boat when he and another fisherman spotted taillights heading into the Sacramento River.

The two men reportedly ran down to the river bank, where they discovered the partially-submerged car. KCRA reported that Fischer opened the passenger door, rescued the children from the car, and put them in a nearby boat.

“I saw a little face look up at me and I about melted. It was intense. I was like, ‘Oh my gosh.’ And then I saw two little hands poke out, too, like, ‘Help me,'” Fischer recounted to the news station.

The mother was not removed from the vehicle until rescue crews arrived. Fischer said he tried to get her out of the car but she was covered in blood and had no pulse.

According to KOVR, first responders found the woman in the driver’s seat with a gunshot wound to her head. The woman, who authorities have not publicly identified, was pronounced dead at the scene.

Kwadzo and the four children were uninjured. Presumably referring to Kwadzo, a 6-year-old boy rescued from the car reportedly told Fischer, “He shot my mom.”

Fischer claimed the boy also told him, “You don’t come back from a shot like that.”

KRCA reported that the 6-year-old was the oldest of the four children involved in Monday’s ordeal.

Kwadzo was arrested and charged with murder. Authorities said they don’t know what transpired before Kwadzo allegedly shot his girlfriend from the passenger seat.