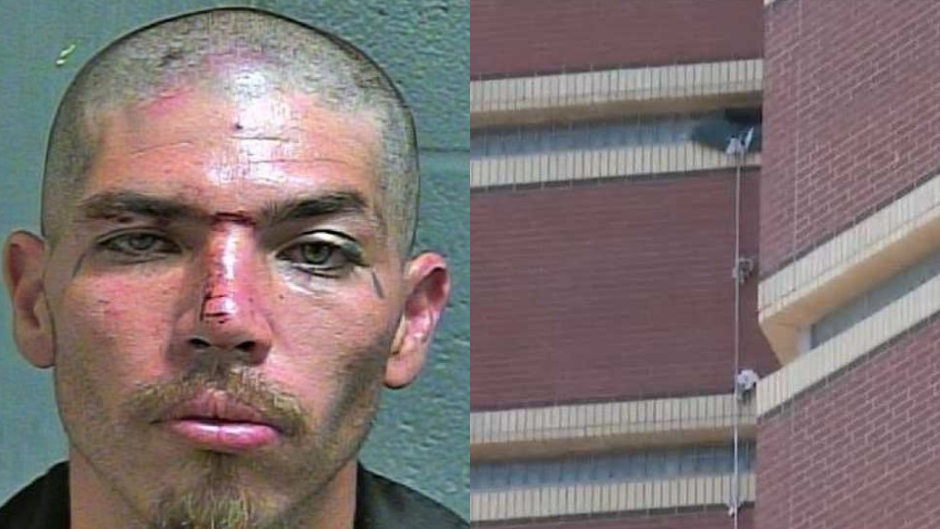 Two inmates allegedly escaped from an Oklahoma jail Friday by creating a rope out of sheets — which they used to rappel down from a 12th-story window.

According to KOKH, the Oklahoma County Detention Center said they learned at 7 a.m. that one of their inmates, Jose Hernandez, 33, was picked up by authorities. Jail staff checked Hernandez’s cell and discovered he and his cellmate, Pablo Robledo, 34, were missing.

According to The Oklahoman, Hernandez, who broke his leg after jumping from the fourth floor of the jail, was apprehended while attempting to steal a truck.

Officials told the news outlet that Hernandez is accused of rape, indecent exposure, and burglary.

Robledo is incarcerated on various charges, including first-degree murder, assault and battery with a dangerous weapon, and domestic abuse. Local reports indicated that Robledo is accused of fatally shooting a man in March 2019. He was arrested in connection with the shooting in June 2019.

Jail officials told KCCO that the pair broke a window and used a sheet rope to escape. Surveillance footage reportedly showed Robledo near the south side of the jail at 5:25 a.m.

Robledo was described as being 5 feet, 9 inches tall, weighing 150 pounds, and having brown hair and brown eyes.