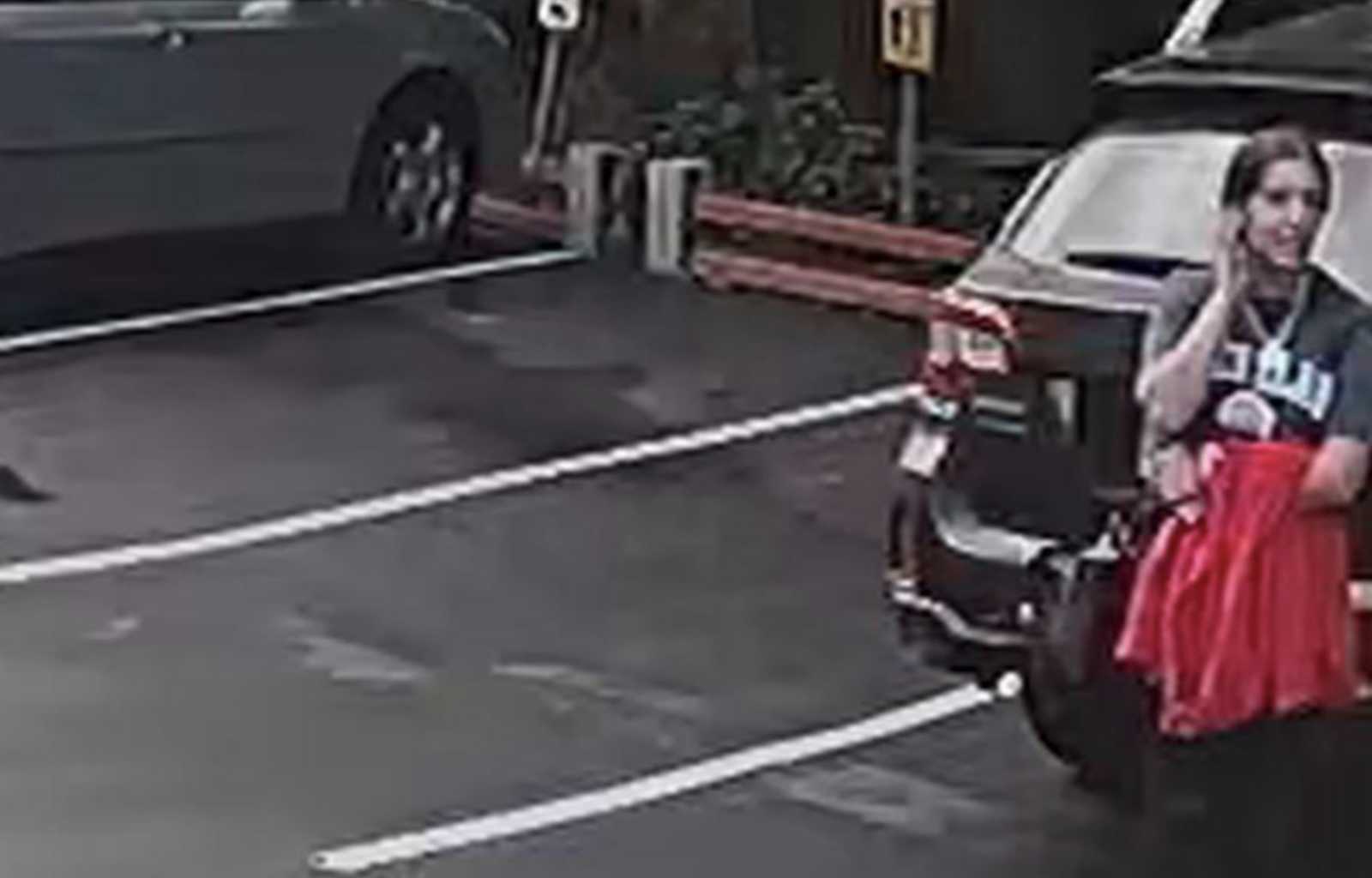 The King County Sheriff’s Office released new images of a teen who disappeared last Friday and hasn’t been seen since.

The new images show Fuda, 18, on Friday prior to running out of gas, at a coffee shop near Index, Washington, nearly 70 miles from her Maple Valley home.

Fuda is seen in the images wearing or carrying a red sweatshirt; that shirt was found in the car, police said, so they believe she was wearing the gray shirt when she disappeared.

Fuda’s brother said he saw her leaving home with several bags but she wouldn’t tell him why, as CrimeOnline previously reported. The following day, police found her vehicle abandoned off Highway 2 between Skykomish and Stevens Pass, a few miles beyond Index. Her purse was located inside the vehicle. Her cellphone was not in the car, but it had either died or been turned off.

“It’s like it’s not even happening. It doesn’t feel real. I mean literally, how could this happen to our daughter?” her mother, Kristin Fud,a said.

Investigators are now calling the teen’s disappearance as suspicious. They’re looking for any dashcam footage from anyone in the area between 10 a.m. Friday to 6 p.m. Saturday. They want to talk to anyone who saw a grey Toyota Corolla on the side of the road in the area or any vehicle near the Toyota, according to Komo News.

Kristin Fuda added that Gia’s older sister was 18 when she passed away 16 years ago, after being struck by a train.

“We’ve already dealt with something like this,” Kristin Fuda said, “It’s like déjà vu for us. She had just turned 18, also.”

Gia is described as a white female who stands 5-feet-4-inches tall and weighs around 165 pounds. She has long brown hair and brown eyes.

Anyone with any information on Gia’s whereabouts should contact the King County Sheriff’s Office at (206) 296-3311.