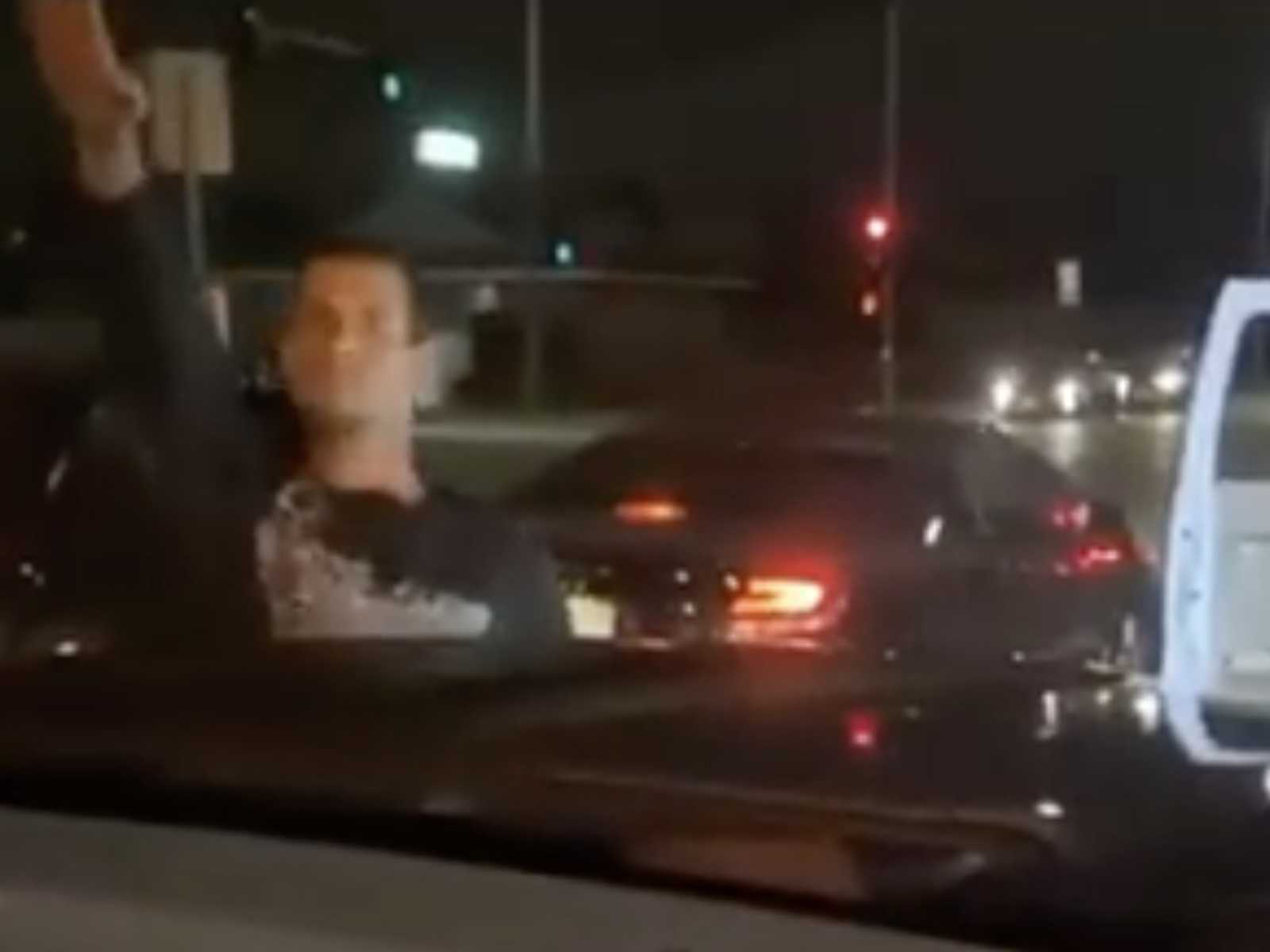 California police arrested a married white couple of Friday, charging them with hate crimes and vandalism after they were caught on cell phone video in a racist confrontation with a Black couple.

Torrance police said the July 22 incident appeared to have begun “as a road rage situation” but rapidly escalated.

Gregory Howell is seen in the shocking video doing a Nazi salute, while his wife, Rachel Howell, shouts “Only white lives matter” and profanities at Itzel Lopez, who turned on her camera when the Howells got out of their truck, and her boyfriend.

Gregory Howell also takes a shovel from the back of his truck and hits the victims’ vehicle as they drive away.

Everyone pls share let this video go viral my co worker Itzel Lopez got harnessed last night while waiting in a red light on her damn birthday!! Not only did these people do damage on her boyfriends car pls make this video go viral this type of behavior has to stop on the streets!!!

Lopez told KTLA 5 that she and her boyfriend were driving home from her birthday celebration when they noticed that the truck behind them appeared to be following them for several minutes. As they approached an intersection with a red light, the truck suddenly pulled in front of them and stopped. The Howells, both 29, got out. Lopez appears at first in the video to be trying to laugh it off, but it was quickly obvious the Howells were serious.

“We tried to get away. She kept standing in front of the car, and wouldn’t let us leave,” she said.

“We were just in shock. We didn’t know what was going. Why were they doing it? They don’t know us. They were being really mean and racist.”

When Gregory Howell retrieved the shovel from his truck bed, the victims saw their opportunity to get away and took it. As they drive away, the sound of the shovel striking the vehicle is heard in the video. Police said that Rachel Howell damaged the vehicle’s side view mirror.

They also circled back behind the Howells and got their license plate number, which they gave to Torrance police.