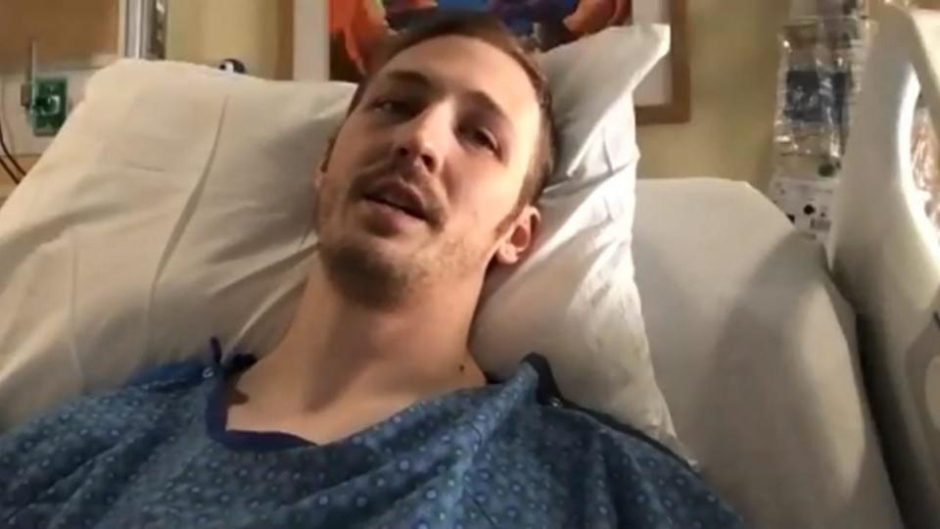 Police in Minnesota are looking for two people who allegedly attempted to rob and carjack a woman before shooting a man who intervened.

The incident reportedly took place Tuesday outside a Sherwin-Williams store in Minneapolis. KMSP reports that the store’s manager, Jacob Babcock, suffered multiple injuries—a fractured shoulder blade, two broken ribs, and a collapsed lung—after he chased the suspects’ getaway vehicle to a nearby alley.

Babcock reportedly told police he remembered banging on the SUV before the driver rolled down a window and opened fire. A single bullet hit Babcock in the back and it remains lodged near his right shoulder, according to the news outlet.

Babcock and another Sherwin-Williams employee came to the woman’s aid after hearing her scream. While Babcock chased down the suspect, the other employee reportedly tended to the woman.

WCCO reported that a man who works at a nearby used car dealership heard the commotion and discovered Babcock injured in the alley. It is unclear if the witness saw the suspects or if they had already driven off by the time he found the injured man.

Minneapolis police said the suspects in Tuesday’s attempted robbery and shooting were behind other robberies in the city. Law enforcement officials also said the pair was also involved in a police chase and standoff the same week, according to the Star Tribune.

The attempted robbery victim told the newspaper that she had pulled into a nearby lot to return a can of paint. The woman said she left her purse in her car and was walking into a store when two men approached her and put a gun to her head.

The suspects allegedly demanded money but the woman said she didn’t have her purse or money on her. The Star Tribune reported that the suspects tried to take the woman’s car keys but she screamed, leading the men to run their vehicle.

The suspects reportedly remain at large. As of Wednesday, Babcock is recovering from surgery.