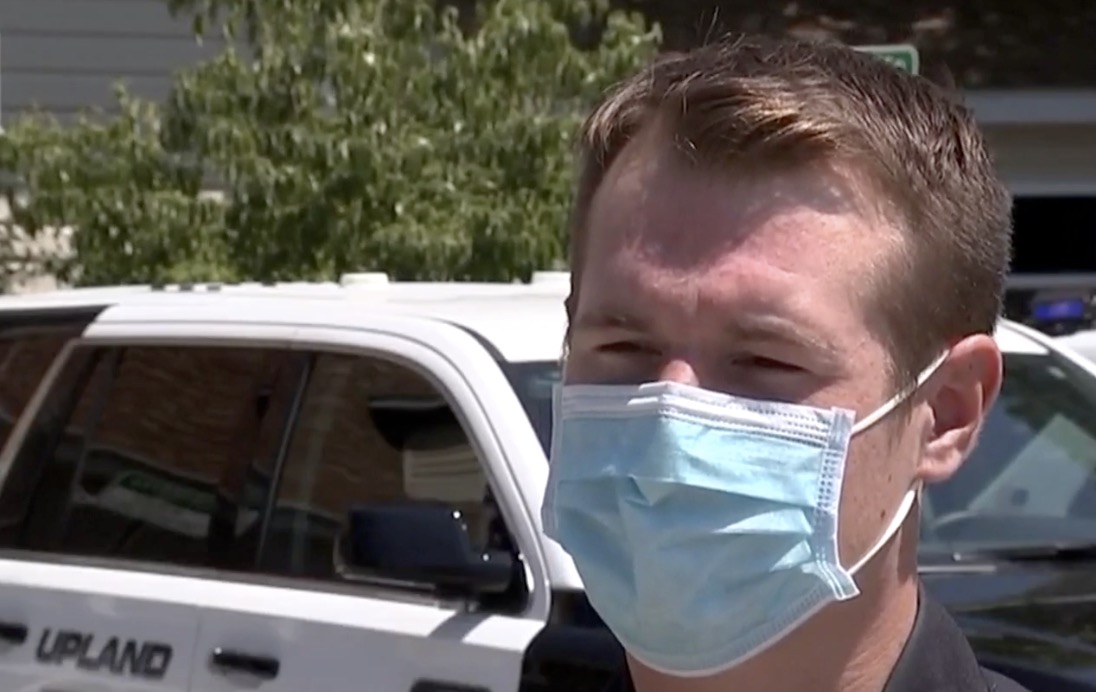 A rookie cop says he was just doing his job Sunday when he saved an unresponsive newborn’s life, but the little girl’s mother says “he performed a miracle.”

“I was feeding her. I stopped feeding her. I went to go burp her and maybe like five minutes after I burped her, I realized she wasn’t breathing,” she said.

Freeman called 911 immediately, and because the Upland Borough Police Department was just a block away, 21-year-old Officer Jonathan Keeney was on the scene quickly.

“Officer Keeney came speeding to the rescue, jumped out, and I want to say he jumped right into action, took her out of my arms, and he performed a miracle because my baby wasn’t breathing,” Freeman said.

Keeney, who also spent years as a teenage lifeguard, applied a sternal rub, which he said was ineffective.

“Then just gave a couple back blows to the baby, [she] ended up vomiting up anything that she had left in her system and started breathing again,” he said.  “It was a big relief on my part. All that was going through my head was just to get the baby breathing again.”

“I just kept asking him, ‘Is she going to be okay? Can you save her? Can you help her?’” Freeman said.

“I would just thank him a million and one times,” she said. “I can never repay him for what he did yesterday. If it was not for him, yesterday could’ve turned out completely different. He is truly our hero here on earth.”

Freeman told the station Keeney stopped by after she got back from the hospital with Mecca — and she’d love it if he stops by again for a photo with the little girl he saved.

Keeney shrugged it off.

Best job in the world,” he said. “I get to help people as much as I can. I enjoy every second of it.”