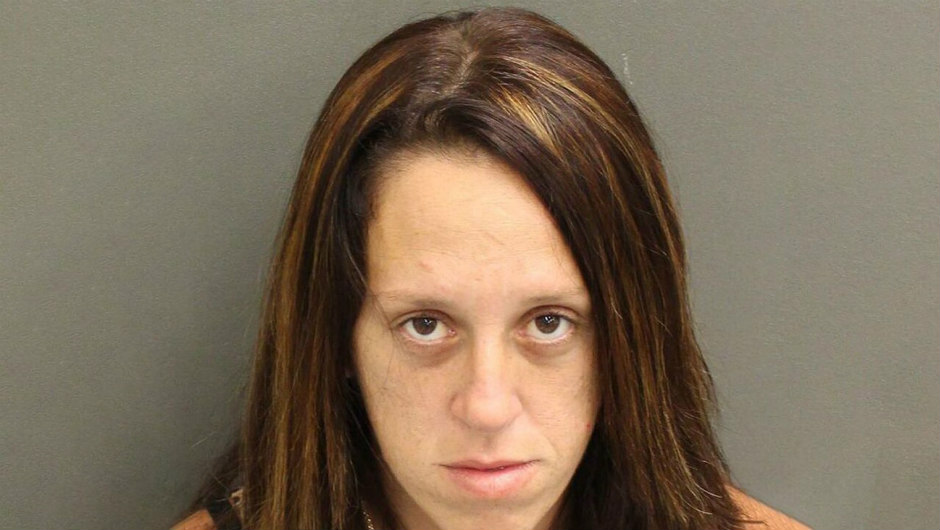 A Florida woman is behind bars for her alleged participation in the shooting death of an Orlando Burger King employee.

As CrimeOnline previously reported, on August 1, a woman became upset after her Burger King order took too long. She allegedly had her husband meet her at the fast-food restaurant, off of E. Colonial Drive in Orange County, where he shot recently-hired employee, Desmond Armond Joshua, 22.

The Orange County Sheriff’s Office said that Kelvis Rodríguez Tormes, 37, was arrested charged with the shooting. He’s facing charges of first-degree murder with a firearm, destruction of evidence, and possession of a firearm by a convicted felon. The female suspect had not been publicly identified, until this week.

Police arrested Ashley Mason, 31, on Wednesday and charged her for her involvement in Joshua’s death.

Investigators said Mason ordered $40 worth of food but when the line took too long, she became furious. Although she had a child in the passenger seat of her black sedan, she got out of the car, made threatening statements, and acted belligerently. A Burger King employee refunded her money and asked her to leave the premises.

Click Orlando reports that a witness said the restaurant drive-thru was backed up and customers had a longer than usual wait time to get their orders.

Mason eventually left but not before she threatened to have “her man” come back and handle things for her, according to an arrest affidavit.

Rodríguez Tormes then allegedly “demanded to fight” Joshua. Joshua walked to the parking lot, where the suspect “placed [Joshua] into a headlock and began to choke him,” according to the arrest affidavit.

Witnesses said they saw Mason pointing a gun at the victim while Rodríguez Tormes said, “Bust him if he touches me,” CBS 10 reports.

Rodríguez Tormes later told investigators that he saw Joshua “jump over his wife’s black Honda Accord and walk toward his closed driver’s door, which still had the window up.”

A witness, however, said a restaurant manager pulled Rodríguez Tormes off of Joshua, and that’s when the suspect went to his truck, then pointed a gun at the victim.

“You got two seconds before I shoot you,” Rodríguez Tormes told Joshua, according to the arrest affidavit.

Another witness said they saw Joshua raise his hands up and back up from Rodríguez Tormes’ truck shortly before the shooting.

“All I wanted to do was talk…If you really want to fight, step out of the car” Joshua said shortly before the suspect shot him in the chest.

After the shooting, Rodríguez Tormes fled in his truck while Mason fled in the sedan, police said. First responders rushed Joshua to AdventHealth Orlando East, where he was pronounced dead.

Mason is now facing charges of principal of first-degree murder and aggravated assault with a firearm.