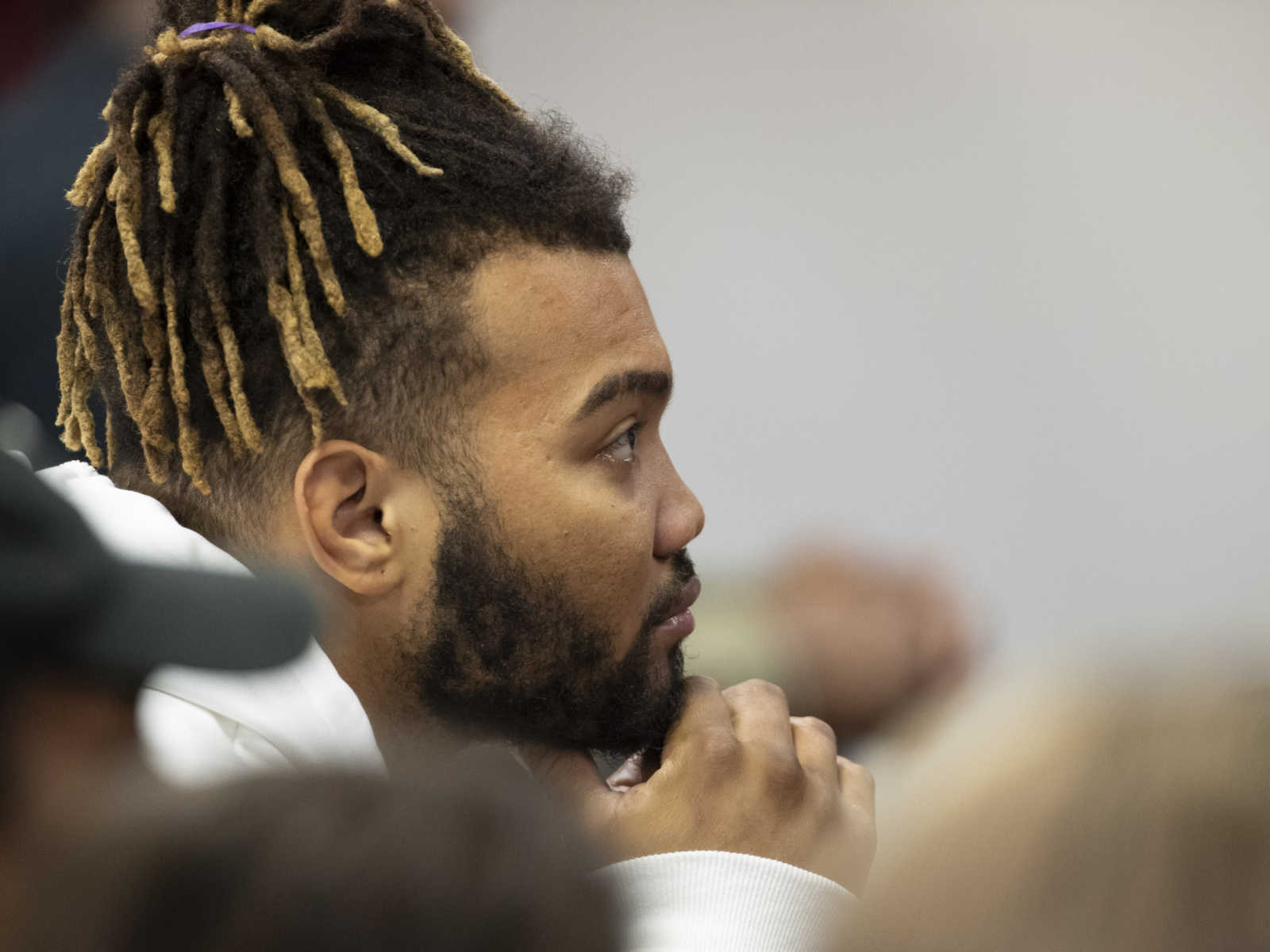 Fan favorite Derrius Guice, a 23-year-old running back for the Washington Football Team, was arrested Friday on domestic violence-related charges in Virginia, the Washington Post reported.

Guice turned himself in to Loudoun County deputies at the Loudoun Adult Detention Center late Friday afternoon, the Post said. He was handcuffed in the parking lot and taken inside.

Shortly after his arrest, the team released the third-year player, whose first two years were marred by serious injuries.

The team said in a statement that it learned of the accusations against Guice on Thursday and excused him from team activities while officials reviewed the situation.

“This afternoon we learned that there were multiple charges filed against Derrius,” the statement said. “Upon review of the nature of these charges and following internal discussions, we have decided to release Derrius immediately.”

TMZ reported that Guice is charged with one count of felony strangulation, three counts of assault and battery, and one count of destruction of property.

The Post said that Guice is being represented by prominent criminal defense attorney Peter D. Greenspun, who has previously represented D.C. sniper John Allen Muhammad in his capital murder trial and sportscaster Marv Albert, who was charged with sodomy.

Guice, from Louisiana, was drafted in the second round of the 2018 NFL draft. He had been considered for the first round, but dropped when teams became concerned about his maturity and durability, the Post said.

He tore his ACL early in the season and then came back last year, only to tear his meniscus. Guice faced stiff competition for the running back spot on the Washington Football Team this year.