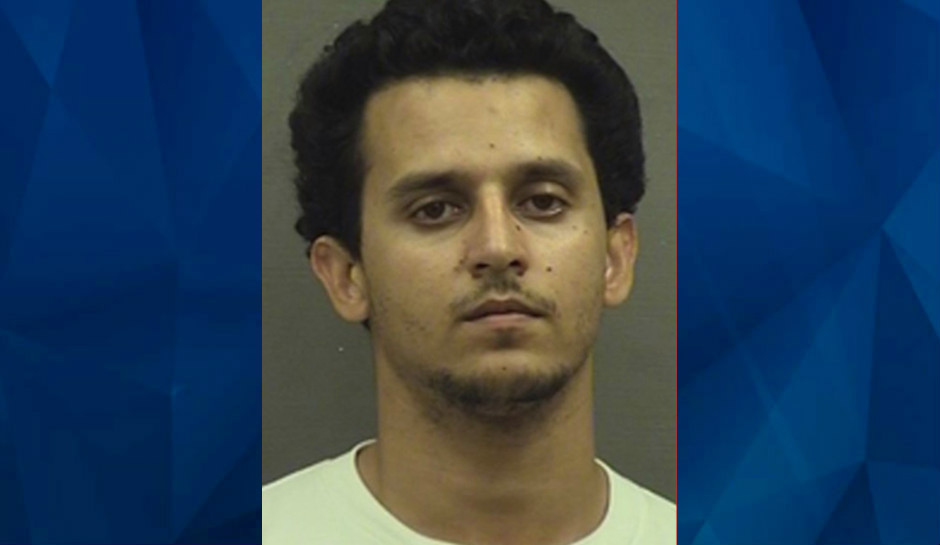 Freed due to coronavirus, alleged rapist murders his victim to stop her testimony and then kills himself as police close in

Ibrahim Bouiachi was released from jail in April because of the coronavirus and allegedly killed Karla Dominguez on July 29. He reportedly shot himself as police closed in on him.

A Maryland rape suspect who allegedly shot dead the Virginia woman who accused him died Saturday from a self-inflicted gunshot wound he received on Wednesday, Alexandria Police said in a statement.

Ibrahim E. Bouaichi, 33, was wanted for the July 29 murder of Karla Dominguez, who was found shot to death outside her apartment. Police spotted Bouaichi Wednesday morning in Prince George’s County, Maryland, and a pursuit ended in a crash, as CrimeOnline previously reported.

When officers reached his vehicle, they discovered he had shot himself. He was rushed to a hospital and had been in grave condition since arriving.

Bouiachi, who had reportedly been in a relationship with Dominguez, was indicted on rape charges last year and released in April because of the coronavirus epidemic, according to the Washington Post. He was accused of rape, sodomy, strangulation, abduction, burglary, and malicious wounding in the October 10, 2019, attack on Dominguez at her Alexandria, Virginia, apartment, and she testified in December that it was violent and anything but consensual. The grand jury dropped the malicious wounding charge in its indictment.

But when the coronavirus epidemic struck, Bouiaichi’s attorneys argued that it was too dangerous both for their client and themselves for him to remain in jail while awaiting trial. Prosecutors strenuously objected, but Circuit Court Judge Nolan Dawkins, who has since retired, released Bouaichi on $25,000 bond on April 9. He was ordered not to leave his Maryland home except to meet his attorneys, the Post said.

The Post reported Saturday that Greenbelt police had arrested Bouiachi in May when they found him drunk in a drive-thru line at a Wendy’s restaurant and allegedly rammed a cruiser with his car. He was charged at the time with multiple counts of assault, drunken driving, and several traffic charges and was released on bond after a night in jail.

Alexandria Commonwealth’s Attorney Bryan L. Porter told the Post that prosecutors would have filed a motion to revoke Bouiachi’s bond, but neither Greenbelt police nor Prince George’s County notified Alexandria of the arrest.

And then, on July 29, Bouiachi went back to Alexandria and shot Dominguez outside her apartment, police said.

Bouaichi’s attorneys, Manuel Leiva and Frank Salvato, said in a statement this week that they were “certainly saddened by the tragedy both families have suffered here” and that they had been “looking forward to trial.”

“Unfortunately the pandemic continued the trial date by several months and we didn’t get the chance to put forth our case,” they said.

In April, Leiva and Salvato argued that coronavirus restrictions at the jail meant that Bouaichi was “being effectively deprived of legal counsel.” They argued they were barred from face to face meetings with their client and only allowed video conferences for 30 minutes at a time, although Alexandria jail spokeswoman Amy Bertsch said that they allow in person visits on request, but “we do not have any record of Mr. Leiva or his co-counsel requesting a face-to-face visit with Ibrahim Bouaichi after the protocols went into effect in late March.”

Bertsch also said the jail allows longer video conferences and that “there were no cases of COVID-19 at the jail during their client’s incarceration.”

Porter told the Post that he argued that Virginia law should have prevented Bouaichi’s release because of “the violent nature of the alleged offense.” He did not provide details of the attack because the rape charges are still pending.

Dominguez was a native of Venezuela and had no family in the area, the Post said.