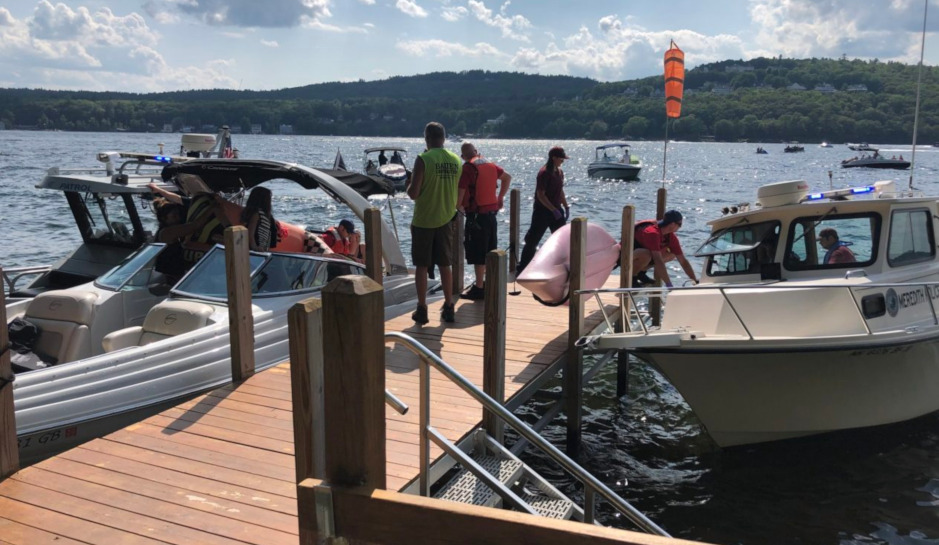 A vacationing Massachusetts police officer watched from his boat on Lake Winnipesaukee as an ultralight plane crashed into the New Hampshire lake Sunday afternoon and jumped into action, the Stoneham, Massachusetts, Police Department said, ultimately bringing the 78-year-old pilot to safety as his plane sank to the bottom.

“Thankfully we were in the right place at the right time,” Ponzo said in a statement. “The plane sank into the water right after the crash, and the man was able to get himself out before we got there.”

State police said the ultralight was about 1,000 feet above Meredith Bay when the engine stopped and the plane plunged into the lake, sinking in about 65 feet of water.

Stoneham police said Ponzo was vacationing with his family when he saw the plane come down.

“Even off-duty on vacation with our families, we are never truly off the job when duty calls,” Stoneham Police Chief James McIntyre said. “Officer Ponzo … was the right person to be there when this man needed help. We credit Joe with helping to save this man’s life and springing into action when he saw someone in need.”