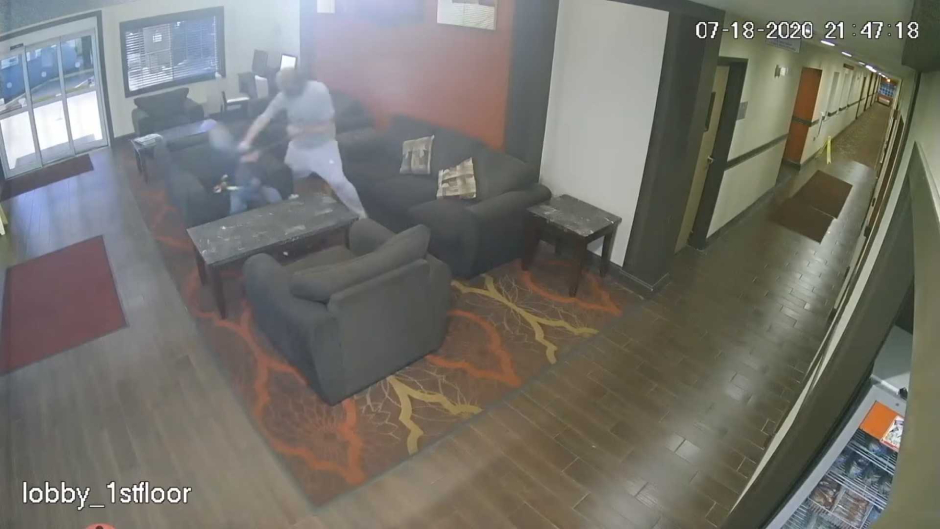 Police in Washington arrested a man on Saturday who was reportedly filmed attacking a disabled elderly man a day earlier.

Spokane police said in a statement that an anonymous tip led them to Cody Hansen, 35, who they charged with assault for an incident at Red Lion Inn and Suites in Kent. Surveillance cameras apparently caught Hansen punching a 72-year-old man in the face in the hotel lobby after the victim made a comment to Hansen’s girlfriend about not wearing a mask.

Surveillance footage apparently shows the victim sitting in the hotel lobby when Hansen approaches him and punches him in the face. The victim is seen swinging his cane at the suspect, who then pummels the victim.

Hansen was reportedly filmed walking down a hallway as the elderly man’s leashed dog chases him. The suspect left the hotel on foot but his girlfriend subsequently picked him up, according to KCPQ.

Spokane police noted that Hansen had an outstanding warrant in Alaska for a drug-related offense.

Hansen’s bail was set at $10,000 for the assault charge. He’s currently awaiting transfer to King County, where Friday’s incident occurred.