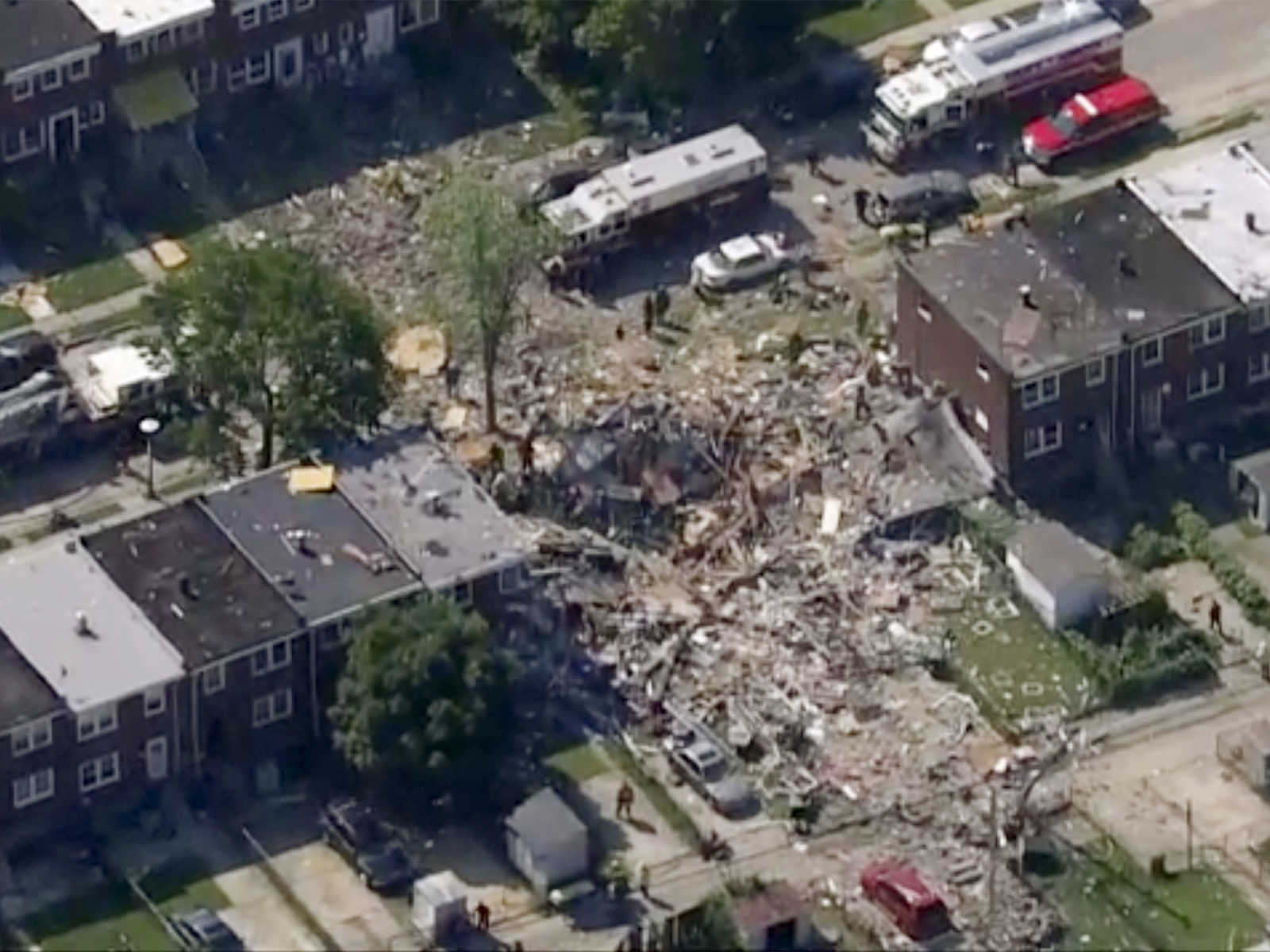 The explosion also killed a woman who sources say was pregnant

A second person has died as a result of an apparent gas explosion in Baltimore.

As CrimeOnline previously reported, a woman died after the explosion razed a house she was inside on Monday morning; two other residences were reportedly destroyed in the blast. Seven more people were reportedly seriously injured.

Sources told the news station that the woman killed on Monday was pregnant, and lived in a basement apartment of one of the homes that was destroyed.

Authorities are continuing to investigate the deadly explosion. Sources with knowledge of the investigation told WBAL that the origin of the blast was not a regulated pipeline, but came from “internal piping” supplying one of the homes, the report states.

“We have to inspect the service lines that were supplying gas to the homes that were involved,” Baltimore Gas & Electric spokeswoman Linda Foy told the news outlet.

“We are not able to access that equipment as of now. We have to wait for the fire department to let us know it’s safe to go in there and start that process,” she said.

“It is with a heavy heart that we regretfully share the unfortunate news of the untimely passing a valued member of our Morgan family. MSU student, Joseph Graham, a rising sophomore pursuing an electrical engineering degree from the Clarence M. Mitchell Jr. School of Engineering, was among the casualties of the widely reported gas explosion that took place in northwest Baltimore on Aug. 10,” the statement reads.

“As a community we mourn the tragic loss of life as a result of this calamitous event and offer our deepest sympathies to the Graham family. We ask that you keep them and their extended family and friends in prayer.”