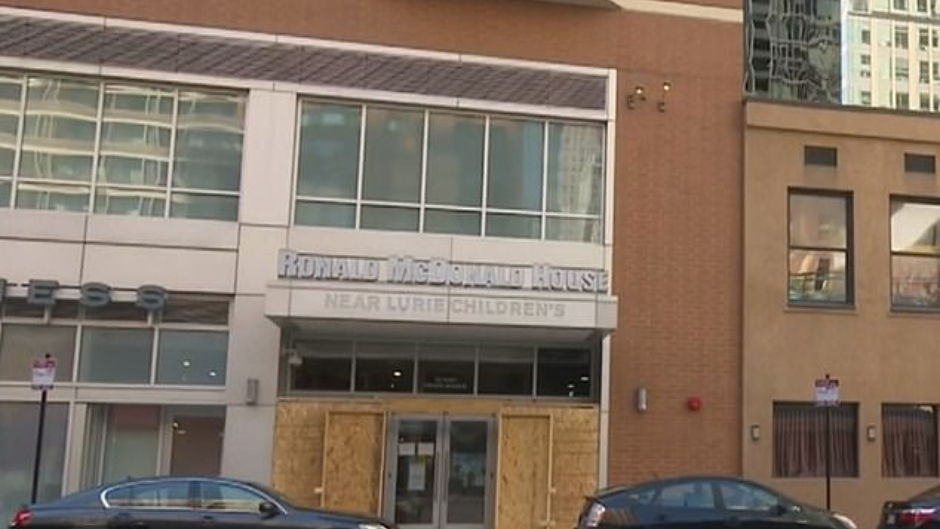 A Ronald McDonald House in Illinois was placed on lockdown early Monday as looters vandalized the building, according to reports.

Thirty families, including sick children, were reportedly sleeping at the Chicago facility — located near Lurie Children’s Hospital — when windows and a front door were smashed and vandalized. WBBM reported that residents were placed on lockdown during the ordeal.

The Ronald McDonald House provides housing to families as their child receives treatment at a local hospital.

WBBM reported that no appointments or treatments were missed due to the incident.

However, WBBM Newsradio reported that Owen Buell, 2, was unable to celebrate his birthday at home due to Monday’s lockdown. Buell has stage 4 neuroblastoma and is undergoing treatment at Lurie Children’s Hospital. His family is staying at the Ronald McDonald House.

Buell’s mother claimed they planned to go to Joilet so her son could eat ice cream and open presents with his siblings and grandmother.

“We got a phone call from the nurse saying that none of the nurses could make it in for safety concerns and they didn’t want any families in the middle of that trying to walk into Lurie’s,” she recalled to the news outlet.

No injuries were reported at the Ronald McDonald House and no damage was caused to the inside of the facility, according to WLS.

The center was one of several locations vandalized early Monday. Officials said Tuesday that downtown Chicago will be shut down for the foreseeable future.