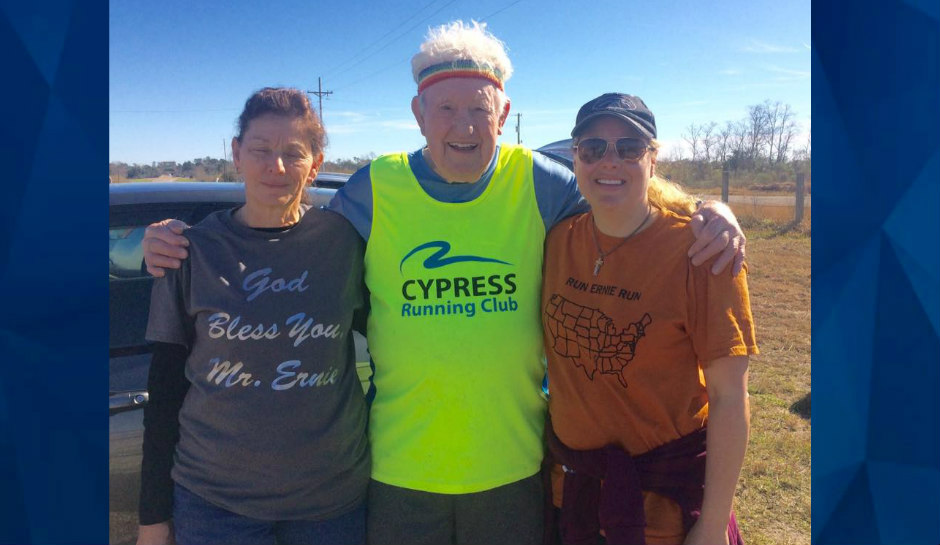 In the midst of a global pandemic and a recent diagnosis of congestive heart failure, 96-year-old Ernie Andrus could give plenty of reasons for slowing down.

The nonagenarian World War II veteran is continuing his years-long run across America to raise money for a war memorial, CBS News reports. Andrus is trekking coast to coast to raise money to sail a restored military ship back to Normandy for the anniversary of D-Day.

Andrus served on a military ship similar to one that could be used for the memorial. He and his shipmates helped bring the vessel back to life, according to the Daily Advertiser.

“This was a dream a few of my shipmates and I had which we figured could never happen,” he told the newspaper.

Andrus served as a Navy corpsman during WWII. His job was to help wounded Marines and keep them alive until they could be hospitalized, either on land or on a ship.

“God was good to me,” Andrus told the newspaper. “I never lost a patient during the entire war.”

Andrus runs about 13 miles per week and hopes to finish the trip within the next four years, according to the newspaper. He told CBS News that he plans to reach California by the time he turns 101. His 97th birthday is next week.

The television network recently caught up with Andrus in Texas, where supporters carrying American flags ran with him and cheered him on.

Donations for Andrus can be made on his website.