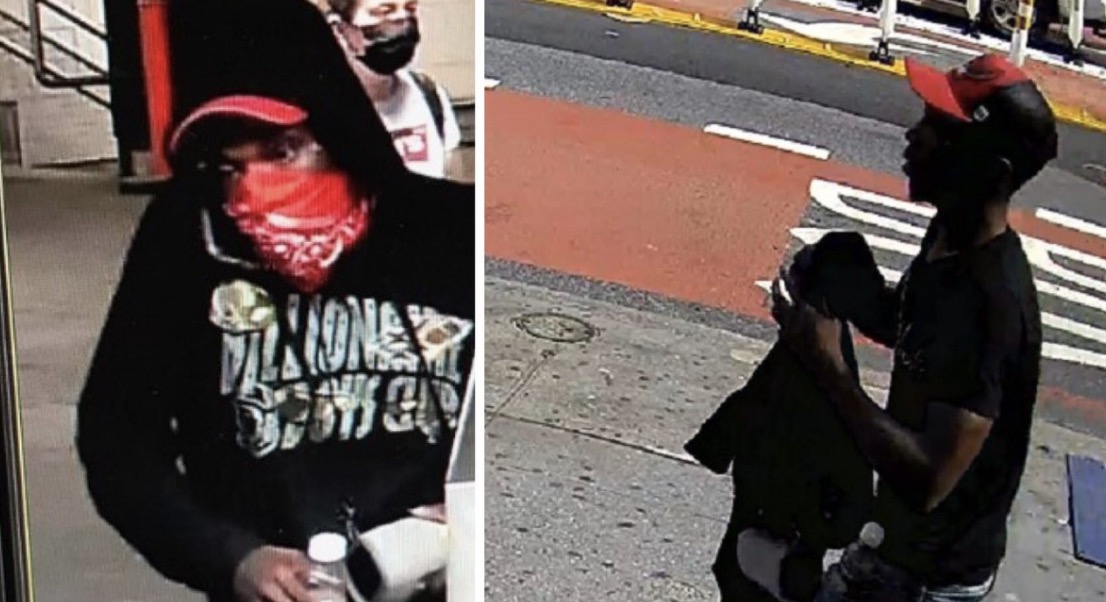 New York police are looking for a man who shot another man in the arm on a subway platform after an argument Saturday, disrupting Manhattan subway service while the incident was investigated.

The New York Post said the suspect is believed to be in his 20s, about 6 feet tall and 175 pounds. He ran away from Grand Central Terminal, where the incident took place, and headed west on East 42nd Street, police said.

Surveillance footage shows the man police believe is the suspect walking through the turnstiles wearing a black “Billioniare Boys Club” hoodie sweatshirt, a red cap, and a red bandana. He is wearing jeans with a distinctive American flag design on the right leg and carrying a small speaker and a water bottle.

Another image from surveillance footage shows the suspect on the street carrying the hoodie with the water bottle in his pocket.

Police said the shooting was sparked by a “verbal dispute.” The 40-year-old victim was taken to Bellevue Hospital, where he was said to be in stable condition.