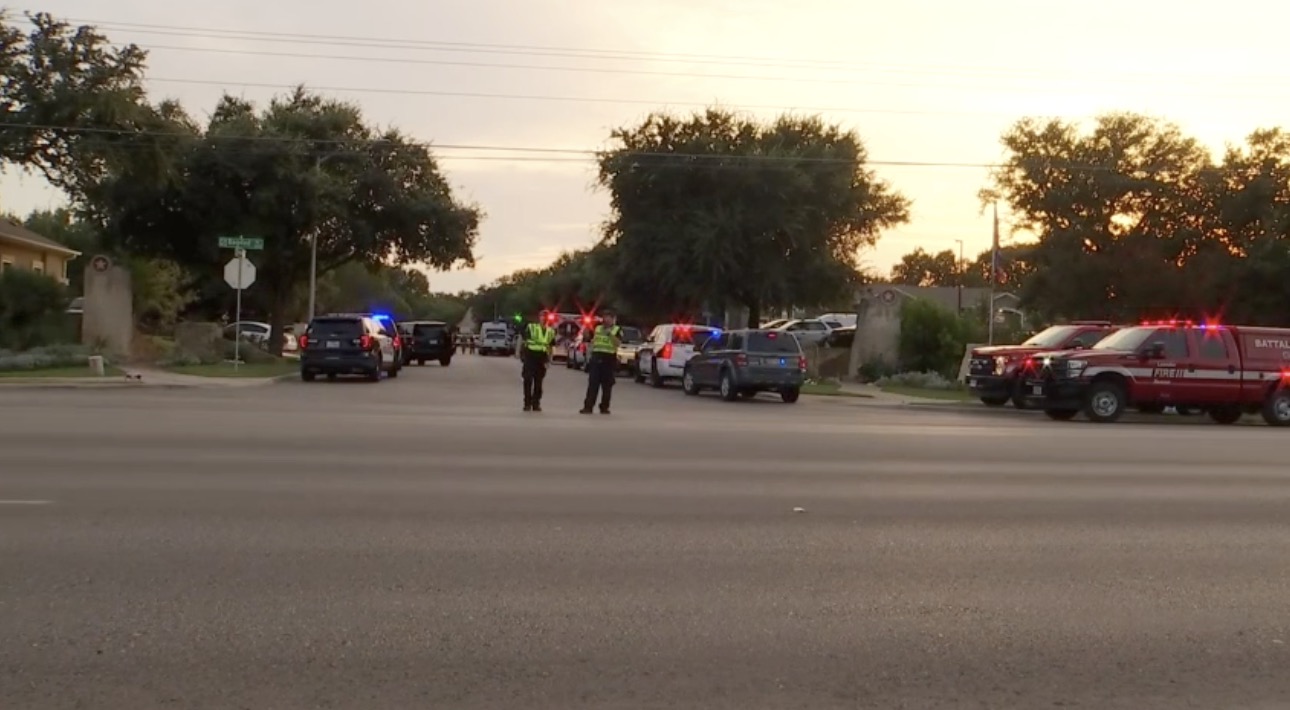 Three police officers were in stable condition Sunday afternoon after they were shot responding to a call in Cedar Park, Texas, where a suspect is barricaded inside a home.

Cedar Park Interim Police Chief Mike Harmon told reporters Sunday night that officers responded to the residence shortly after 3 p.m. when a mother called, saying her son had kicked in a door was behaving aggressively.

Responding officers went into the house and “were met with gunfire,” Harmon said. They returned fire, but it was “unknown if the suspect was hit by the officers.”

“The suspect barricaded himself inside with three other family members — the mother, a juvenile, and a person whose age is unknown,” he said.

Negotiators have been in touch with the suspect and all three family members, Harmon said, adding that he had a message for the suspect:

“We want to end this peacefully for everybody involved. For the suspect inside, for the hostages inside, for the officers on scene. That is our main goal. The officers shot are fine. They don’t have life threatening wounds. … If you’re listening to this, please come out, surrender yourself peacefully so we can resolve this situation tonight.”

Harmon cautioned that rumors are social media are likely untrue but confirmed that at one point, the suspect apparently posted a Facebook live.

The chief added that the suspect was in his mid-20s and apparently has some mental health issues. Police have been called to the home before, he said, but he did not have details nor did he have details about what kind of weaponry the suspect had.

Harmon said he had visited with the officers in the hospital and their families. Fox 7 Austin reported that one was shot in the arm, another had a graze wound on the head, and the third was shot in the chest but was protected by a vest, but Harmon did not confirm those details.

The Austin Statesman said dozens of law enforcement officers from several agencies had responded, with a helicopter overhead and emergency vehicles lining the residential street.

Cedar Park is an affluent suburb 16 miles northwest of Austin.