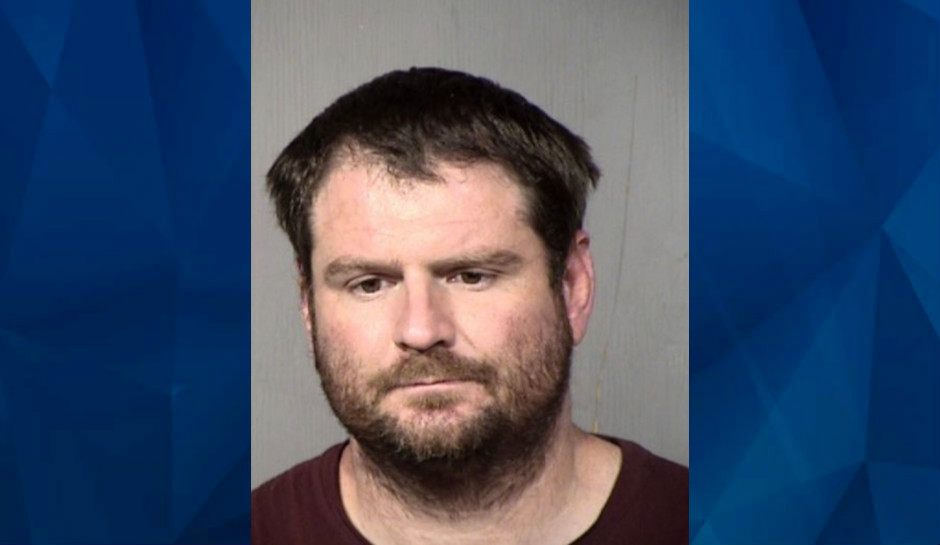 An Arizona man was arrested last week on a string of charges relating to his increasingly bizarre behavior over money he and his brother inherited from their grandparents.

Mesa police said they began their investigation in March when the victim contacted them to say he was being threatened by his brother, Ross Paul Emmick, despite a protective order in place, according to Fox10 Phoenix.

Then, in July, Emmick’s long-time girlfriend sent an email to detectives saying he was behaving in a way she’d never seen, vowing to “wreak havoc” on his brother’s life until he gets the money he thinks he’s due and the brother drops the protective order.

“The defendant is a lot smarter than you think he is,” the girlfriend wrote, investigators said. “He is 100% positive that he can do whatever he is going to do numerous times.”

Police contacted Emmick, 36, on July 20, they said, and told him to adhere to the order and “let it go.”

Three and a half weeks later, the victim called detectives to say Emmick had sent him an expletive filled email in violation of the order:

And that wasn’t all. Court documents contained graphic details from the email in which Emmick said his brother’s children would be subjected to sexual abuse and torture.

Detectives arrested Emmick that day. Emmick allegedly admitted he had hired someone to kill his brother, but later told investigators he made that part up.

Fox10 spoke with the victim, who didn’t want to be identified and said he was still shaken up.

Emmick has been charged with theft by extortion, stalking, conspiracy to commit first-degree murder, and computer tampering.

According to the probable cause statement, the dispute came because Emmick didn’t believe his brother should have inherited any of the money.