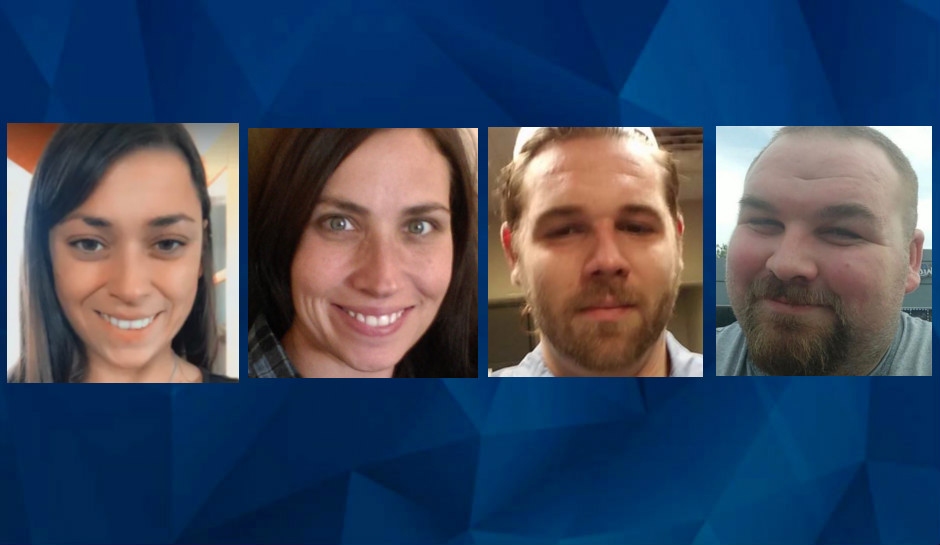 Four cousins were found shot to death inside a Sumpter Township, Michigan, home over the weekend, prompting a manhunt that ended a day later when the suspect turned himself in 120 miles away.

Raymond Bailey, 37, was arraigned Wednesday on four counts of first degree murder and four counts of felony firearm in the shooting deaths of sisters Laura and Sarah Tanner and their cousins, brothers Forrest and Neil Sampson, Sumpter Township police said.

Bailey had a rocky previous relationship with Laura Tanner, and the two were at one time engaged. Family members said he was charged with assault against her at one point last year, but she was too frightened to testify and the charges were dropped. A protective order against him expired on May 1, the Detroit News reported.

Sumpter Township Police Chief Eric Luke said that a frantic 911 call on Saturday from one of the victims led officers to the home of Laura Tanner.

“We were dispatched to that vicinity on a cellular 911 call where two people were arguing,” Luke told Fox2 Detroit. “And we pinpointed that house and we came upon the scene.”

Inside, they found the cousins shot dead. Detectives determined Bailey was the suspect and launched a search for him.

“There was that almost 24-hour period where we just didn’t know what happened to him and where he was,” Luke said.

Then, on Sunday, Bailey turned himself in to the Bay County Sheriff’s Department, more than 100 miles away. Sumpter Township police said Bailey allegedly confessed to the shootings to family and friends over the phone and via texts.

Sumpter Township police were already on their way to the Bay City area when they got the call from the sheriff’s department. They brought him back to Wayne County, where he is now being held without bail. He is expect in court again on September 2.