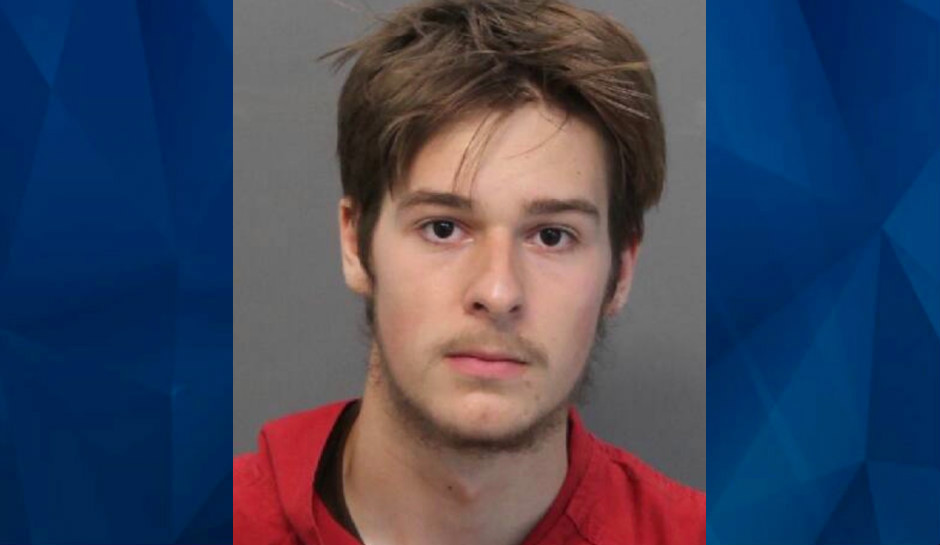 A Tennessee man watched in horror as he saw his son strangling his wife on home security footage on Wednesday, the Chattanooga Times-Free Press reported Friday.

The man called Chattanooga Police, who responded to the home in the northeastern part of the city and found Garrett Behlau, 19, on the floor of his bedroom, court records show.

According to an affidavit, Behlau told officers his mother was “in the woods” when they asked, and that’s where the found the body of Theresa Behlau, 54, with her head covered in Saran wrap.

According to court records, Garrett Behlau’s father called Chattanooga police and told them he was about eight hours away from home and had just reviewed his security footage, where he saw his son strangle Theresa Behlau “until she was lifeless” and then drag her body out of the video frame.

The father sent detectives his videos, police said, which corroborated what he told them when he called. The video also showed Garrett Behlau cleaning up the crime scene with paper towels, which were later found in the trash.

Garrett Behlau has been charged with criminal homicide, abuse of a corpse, and tampering with evidence, Chattanooga Police said. He was given a $300,000 bond, and his first court appearance was scheduled for August 25. According to NewsChannel9, he bonded out on Thursday.

Neighbors of the Behlaus told NewsChannel9 that Garrett Behlau lived with autism.

“It’s hard to think about because they tried everything they could to help their son, and it didn’t work, and it’s partly because the mental health system in this country is awful,” neighbor Lissa Dearing told the station. “It’s awful.”