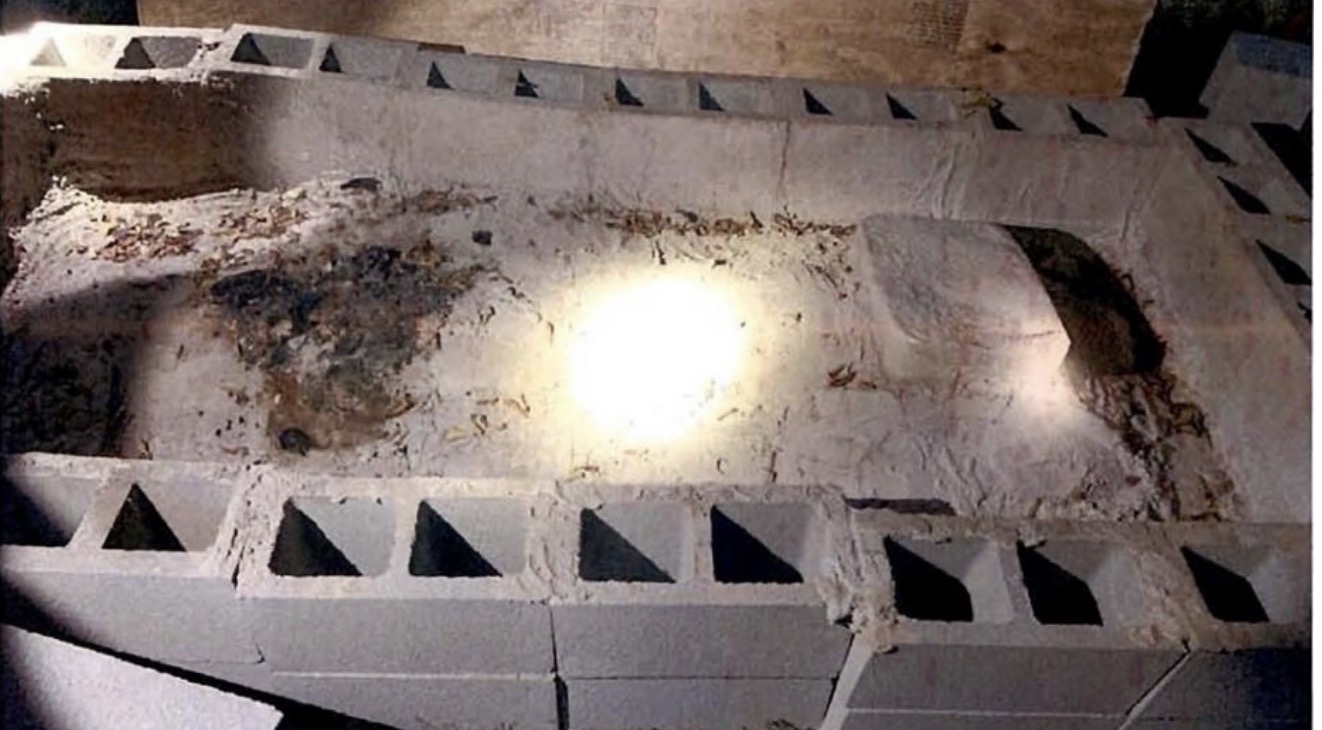 Residents near Garrison Park in Austin, Texas, were shocked and a little dismayed this week to learn that a body had been buried beneath concrete and cinder blocks in a neighbor’s backyard.

Austin Police launched an investigation after they received a call from a witness who visited the home and said the occupants told her a man had been killed there, dragged outside and buried, according to CBS Austin.

After finding the body, police arrested Walker Ray Kaatz, 22, and Kristie Michelle Cardenas, 36, charging them with tampering with evidence. The death remains under investigation and is being treated as suspicious.

The victim has not been identified pending notification of family, but he is said to be from San Antonio and was recently released from jail.

Officers visited the home on Tuesday, the affidavit said, and found a raised concrete mass in the backyard, surrounded by cinder blocks. Nearby they found bags of Quikrete, a shovel, and gardening hoes.

“They had a Home Depot truck, and I thought they were working on the house,” neighbor Allan Hollifield said, who said he’s seen Kaatz unloading cinder blocks.

Detectives returned on Wednesday with a search warrant and a cadaver dog and recovered the body while the neighbors watched.

“We could smell when they uncovered the body, and then they brought the body out from the backyard,” Hollifield told KXAN.

“It’s scary to be so close to it and not having any idea that that had happened,” said Alison Martinez.

According to the tipster, the victim was Cardenas’s boyfriend, and she had bailed him out of jail, Fox7 Austin reported. The boyfriend began assaulting Cardenas, the witness said. Cardenas showed her the makeshift grave in the backyard, according to the affidavit, and Kaatz pointed out “drag marks” where he said they dragged the body and “bleached” the marks afterward.

The affidavit also said that Kaatz’s father told police his son had asked him for a ride to the bank so he could withdraw money and get out of town, KXAN said.

When detectives first visited the home, they told Cardenas about the tip about the body, but she denied speaking with anyone, according to Fox7. The affidavit says that Kaatz told detectives he had seen the man assault Cardenas, strangling her and dragging her by the hair. Kaatz gave permission for officers to search, leading to the discovery of the concrete mass and cinder black area.