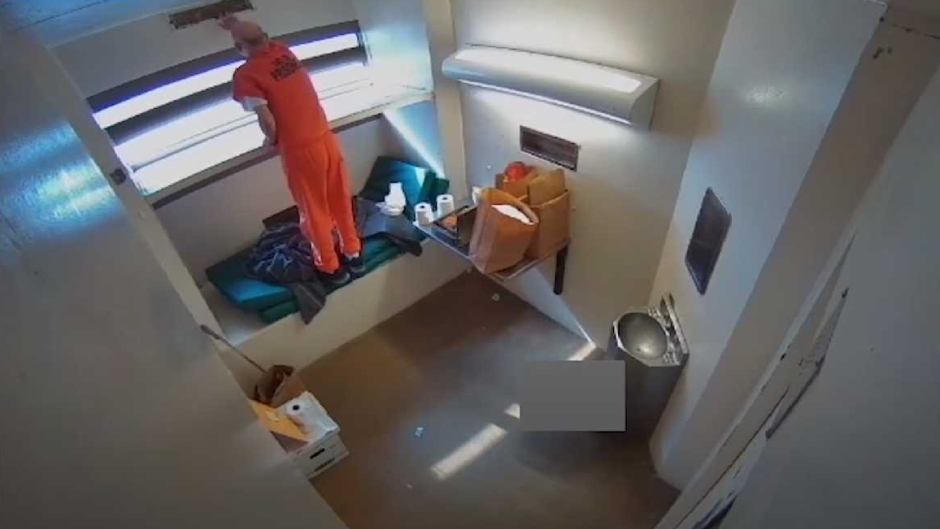 California authorities have released jailhouse footage showing the Golden State Killer exercising and moving freely in his cell — while appearing in court as a “feeble old man.”

“Is he a feeble, old, 74-year-old man? Is he psychologically impaired? Is he physically impaired? Is he even competent to stand trial or to enter those guilty pleas we saw on June 29 when he rolled in here in a wheelchair and feigned feebleness?” Shubert asked of DeAngelo, according to KCRA.

“The answer to those questions that so many people have wondered for the last two years lies within the definition of a sociopath.”

In court, DeAngelo often appeared frail and disconnected and required a wheelchair or cane.

DeAngelo ultimately pleaded guilty to committing a series of rapes and murders in California in the 1970s and ’80s. On Friday, he was sentenced to life in prison without the possibility of parole.

“The truth of who Joseph DeAngelo is lies not just in what happened in the courthouse but what has happened in his jail cell,” Schubert said.

“One only needs to look back a few months from today to see the real Joseph DeAngelo.”