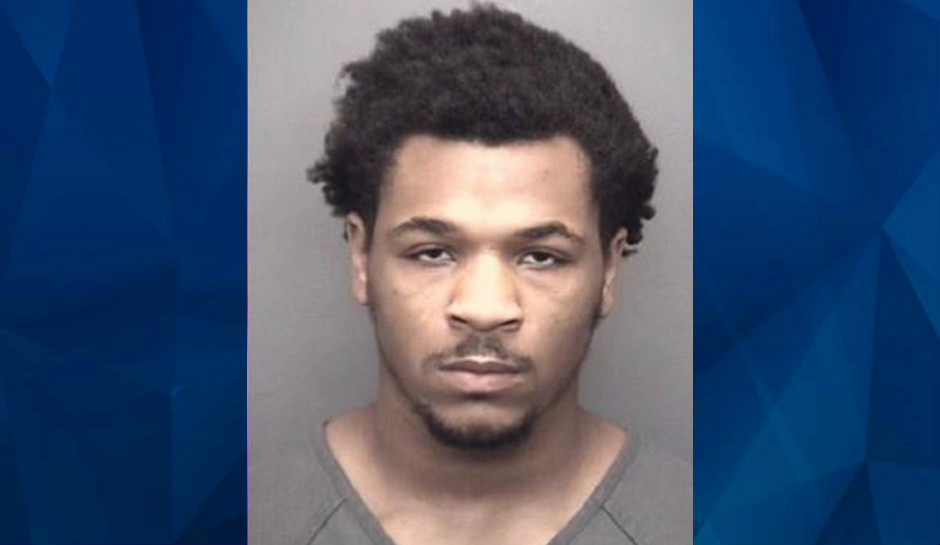 A 20-year-old father is behind bars after shooting his 9-month-old infant in the face, killing her.

Anthony Lamont Meriweather first told police that the baby was hit by a bullet from a drive-by shooting but later admitted that the gun “went off” while he was handling it, the Louisiville Courier Press said.

The baby girl, Iowa Meriweather, died of a single gunshot wound to the head. Her father has been charged with neglect of a dependent resulting in death.

According to an affidavit, Meriweather, of Henderson, Kentucky, brought his daughter with him to visit a friend in Evansville, Indiana, about 12 miles away across the Ohio River.

Meriweather and his friend, identified as a witness in the affidavit, sat on the sofa playing video games, little Iowa in her car seat on the floor. The witness told police he keeps a loaded handgun between the cushions on the sofa. HE said he went upstairs at one point, leaving Meriweather downstairs.

The witness said he heard a gunshot as he got to the top of the stairs and immediately ran back down, where he saw his gun on the floor near Meriweather, who, he said, had a “blank look on his face.” The witness said he retrieved the gun and took it upstairs to secure it and saw blood coming from the baby’s head when when he returned and Meriweather picked up the child.

Both men walked outside with the baby, while a neighbor called 911.

When police arrived, Meriweather told them he was outside the home carrying the baby when a stray bullet from a drive-by struck her, 14New reported. Police cleared the apartment and searched it, finding a shell casing in the bathroom. Police said that Meriweather later admitted finding the gun between the sofa cushions and taking it out before the shooting.

The county coroner ruled the death a homicide.

Meriweather is being held at the Vanderburgh County Jail without bail.