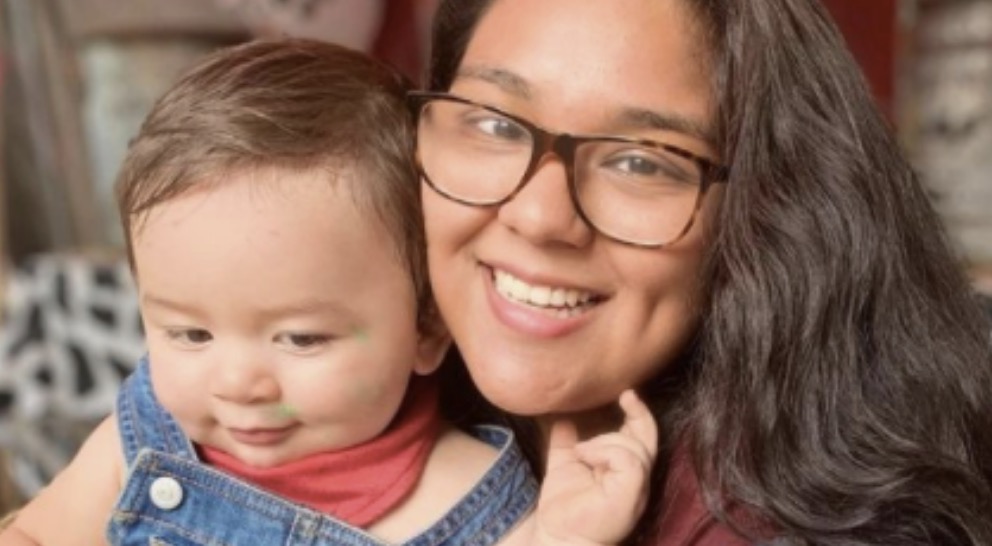 A 1-year-old Georgia boy is back in his mother’s arms after he was kidnapped at gunpoint on Saturday and driven across the metropolitan Atlanta area before Georgia state troopers stopped the vehicle.

The boy, Mateo Alejandro Montufar-Barrera, was disguised as a baby girl but unharmed and reunited with his mother, Leslie Bamaca, at the Chamblee Police Department, WSB reported.

Chamblee police identified the suspects as Maynor Dario Valera-Zuniga and Kristin Nicole Valera-Zuniga. Initially it was thought that two men were the kidnappers.

Bamaca told police she was walking Mateo in his stroller a few doors down from their Chamblee apartment when Maynor Valera-Zuniga allegedly jumped out of a maroon 2003 Acura MDX and pointed a gun at her, as CrimeOnline previously reported. Bamaca struggled with him, managed to wrestle the gun away and tried to shoot him, but the gun misfired, police said. She ripped part of his plaid shorts off and grabbed a shoe, but as she fought with him, Kristin Valera-Zuniga allegedly jumped out of the passenger side of the vehicle and grabbed baby Mateo.

Both suspects got back into the Acura and sped off toward Interstate 85.

Jessica Bamaca, who lives with her sister Leslie, Mateo, and the baby’s father Erick Montufar, told WSB the suspects were total strangers.

“We have no idea who they are. It’s the first time we’ve seen them,” Jessica Bamaca said. “We don’t know where they came from. We don’t know what their intentions were.”

As for her sister, Jessica said Leslie fought hard.

The incident began shortly after noon on Saturday and ended around 5 p.m. when a Georgia Highway Patrol trooper spotted the Acura and stopped them near Carrollton, about 60 miles away. Jessica told WSB the kidnappers had dressed Mateo as a girl to avoid identification.