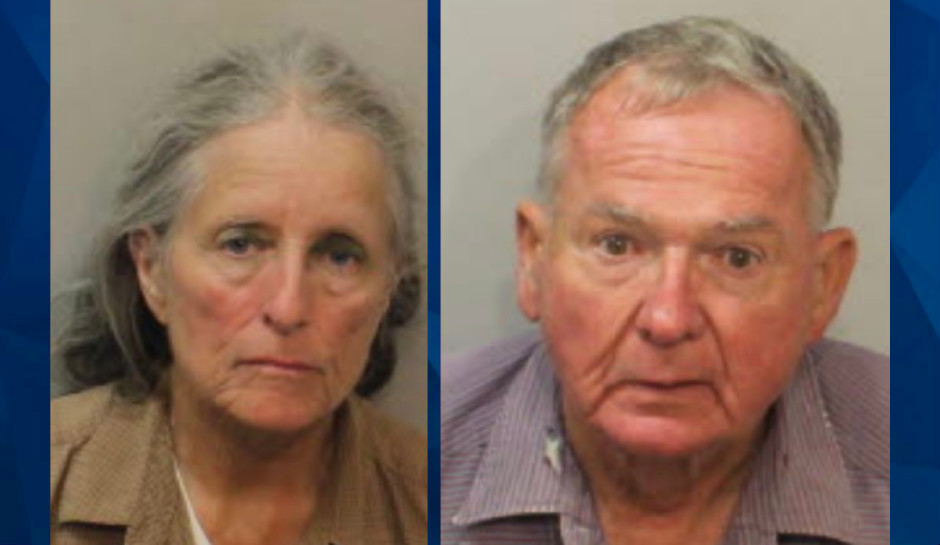 The couple thought the family, with a young child, was stealing gasoline.

A Florida couple was arrested last week after they opened fire on a family trying to return a U-Haul truck at a drop off spot in a strip mall.

Wallace and Beverly Fountain each have been charged with three counts of aggravated assault for the August 27 incident, in which they said they thought the family, which included a child, was trying to steal gasoline.

A Tallahassee police officer was parked nearby and heard the shots, ABC 27 said.

The Fountains told police that they owned the strip mall where the U-Haul drop-off was located and that the U-Haul owner had complained about people cutting gas lines on the trucks and stealing gasoline. Beverly Fountain told the officers that she and her husband had been “covertly” surveilling the parking lot to catch the gas thieves.

According to the arrest report, officers found a shotgun and two additional magazines of ammunition in the Fountains’ truck. Additionally, Beverly Fountain was carrying two handguns and Wallace Fountain had one.

Officers also spoke with the brothers who were dropping off the U-Haul, the arrest report said. The brothers had all the documentation about the rental and drop-off and said that the child with them was “extremely distraught after the shooting,” the report said. They explained that one brother dropped off the truck and the other followed in a GMC truck. As they were preparing to leave, they saw the Fountains approach, yelling and shooting at them, the report said.

The initial officer who responded wrote that he saw the U-Haul van pull into the parking lot, followed by the GMC truck, ABC 27 reported.

“The driver then parked the GMC by the U-Haul, and based on their interactions, I assumed both parties knew each other and the gentleman driving the GMC was picking up the driver of the U-Haul,” the officer wrote. “Their actions were normal, nothing out of the ordinary.”

A few minutes later, however, he heard “multiple gunshots” and circled the parking lot to investigate. He wrote that he saw the GMC truck, now exiting the parking lot at a high rate of speed as the people inside motioned to something behind them.

Behind them was a man and woman, both armed with handguns, heading toward the fleeing GMC. The officer drew his own weapon and ordered the couple to drop their guns.

“The male and female could be heard saying that the occupants [of the GMC] were possibly stealing fuel and that the male could not hear my verbal commands,” the officer wrote in the arrest report. “Both the male and the female were not obeying my commands at first, however, they eventually placed the firearms on the ground and laid on the ground, away from the firearms.”

The officer called for backup, and the Fountains were detained for questioning, according to ABC 27.

The Fountains told police they had been hiding in the back of another U-Haul truck in the back of the parking lot and believed the occupants of the GMC were stealing gasoline.

“Beverly told Wallace they needed to ‘make some noise’ to scare them off,” the report said, so the pair said they got out of the truck and fired several rounds into the air. Both also said they did not see the victims stealing gasoline.

The Fountains were arrested and later released to pre-trial supervision and ordered to surrender their guns.