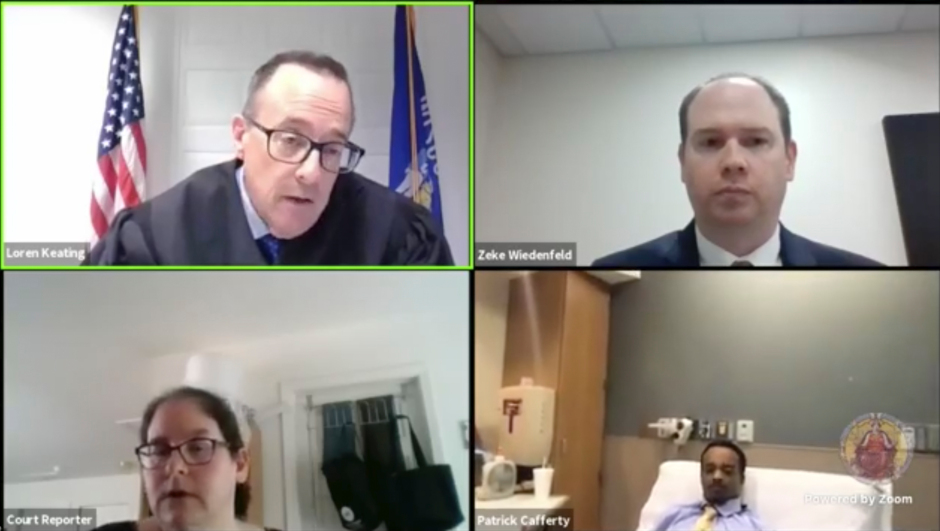 Jacob Blake, the man whose shooting by police last month sparked another round of nationwide protests against police brutality, appeared in court from his hospital bed on Friday, entering several not guilty pleas on charges stemming from a domestic incident in May.

Blake, who is paralyzed from the waist down from the August 23 shooting in Kenosha, Wisconsin, wore a blue dress shirt and a yellow tie in the video link from Froedtert Hospital in Wauwatosa, about 45 miles from Kenosha, the Milwaukee Sentinel-Journal reported.

The shooting is being investigated by the Wisconsin Department of Justice, which has so far provided few details about what led up to the incident, captured in a 20-second video that showed Officer Rusten Sheskey fire seven shots into Blake’s back as he leaned into his SUV, where his three children were strapped into the backseat.

The video shows three officers with weapons drawn as Blake walks around his vehicle and opens the driver’s door. As he leans in, Sheskey grabs his shirt and fires. The Kenosha Professional Police Association claims Blake had a knife and “forcefully fought” with officers, but that is not seen in the video.

The Department of Justice said that Blake told officers he had a knife in his possession, and a knife was found on the floorboard of his vehicle after the shooting. The agency has not said whether he was holding the knife at any time. None of the other officers fired their weapons; all of them have been placed on administrative leave.

The department said that police responded to a call from a woman, who has not been identified, who told them that “her boyfriend was present and was not supposed to be on the premises.” Police tried to arrest Blake and tased him, but the agency has not said why police tried to arrest him, although there was apparently a warrant out for his arrest after charges were filed in July regarding the domestic incident in May.

The charges from the May 3 incident — one felony count of third-degree sexual assault and two misdemeanor counts of disorderly conduct and criminal trespassing — were filed on July 6. Friday’s hearing was the first court action in that case, which so far has not been linked to the incident on August 23.

A court commissioner issued a $10,000 signature bond for Blake, meaning he only pays the money if he fails to appear in court or violates terms of his release. Those terms include no violent contact with the victim or her children, no contact at the victim’s residence, no possession of any weapons, and no out-of-state travel except for medical treatment. Defense attorneys and the prosecution agreed to the terms, noting that Blake has no prior criminal record.

A pretrial conference is scheduled for October 21.

Protests over the shooting brought right-wing militias into Kenosha, leading to murder charges against Illinois teen Kyle Rittenhouse, 17, who answered a Facebook call for people to protect businesses from the protesters. Rittenhouse is charged with killing two men and wounding another, as CrimeOnline previously reported.