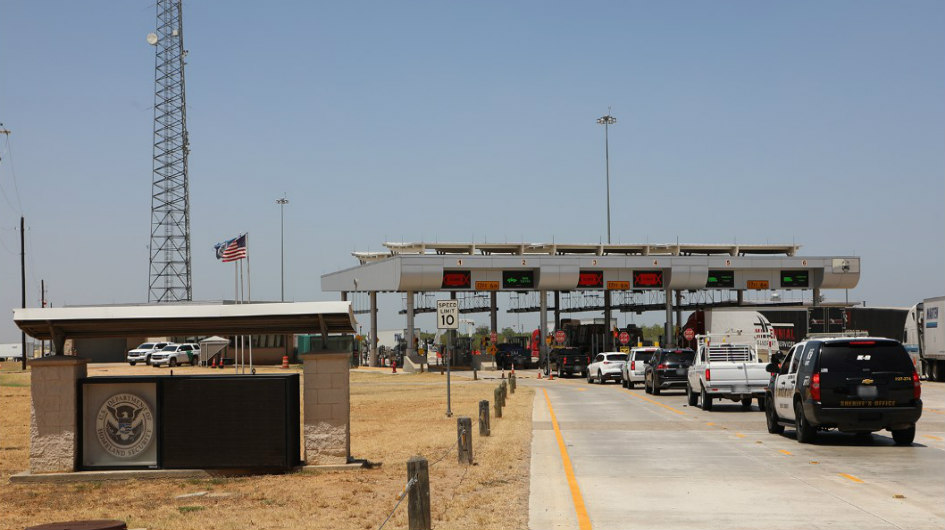 A missing girl was found inside a tractor-trailer at the Texas-Mexican border in late August, prompting concerns that she may have been a victim of sex trafficking, Fox News reports.

On August 28, agents with the U.S. Border Patrol in Laredo, Texas, reported finding the girl inside the big rig, which had been pulled over on Interstate 35 at a border checkpoint.

Efforts had been taken to conceal the girl inside the trailer, according to a Border Patrol post on Facebook. She was later identified as a young girl who had been reported missing from Odessa, Texas—more than 400 miles away from the scene—although her identity has not been publicly released.

Deputies from the Webb County Sheriff’s office later took the truck’s driver into custody, according to KNUE.

#USBP Laredo North agents locate a missing female juvenile concealed inside a tractor-truck at the I-35 checkpoint….

Posted by US Border Patrol Laredo Sector on Friday, August 28, 2020

“Laredo Sector Border Patrol agents continue to be diligent every day in protecting the safety of our citizens and preventing potential tragedy,” the U.S. Border Patrol posted on its Facebook page.

Elsewhere in Texas, a woman recently told police she jumped from an 18-wheeler to get away from alleged kidnappers, Fox News reports. The woman, who was seriously injured, said the incident occurred in Cisco, Texas but that she was taken to El Paso by three men who authorities believe are sex traffickers.

A second woman had still been in the vehicle when the first woman jumped, but police later said the second woman was “safe and accounted for,” Fox News reports.

Texas had more than 1,000 human trafficking cases last year, with more than 900 of them involving female victims, according to the Human Trafficking Hotline.

This week, a Texas law took effect requiring that health care workers be trained to spot signs of human trafficking, especially when victims may not be forthcoming.