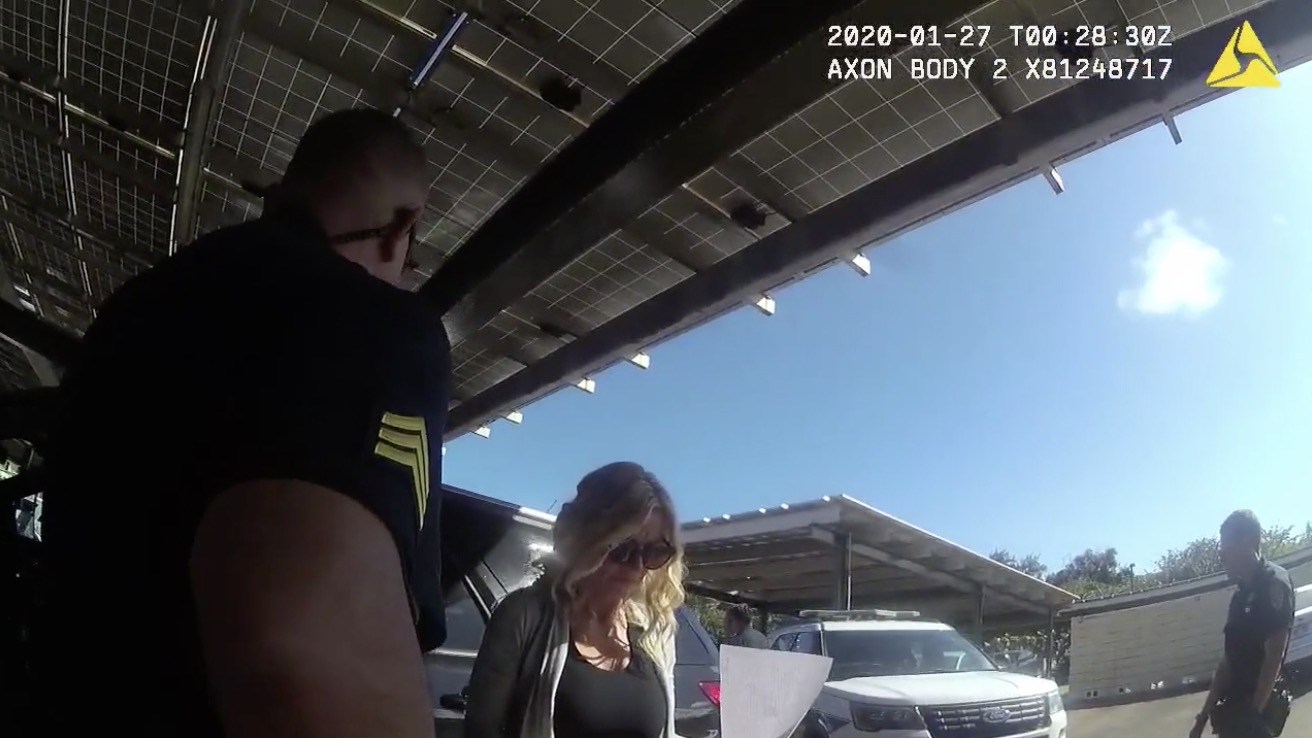 Fox 10 Phoenix obtained the footage, which shows multiple police vehicles, some unmarked, surround Vallow and Daybell as they pull into a parking area at the Kauai Beach Resort on January 26, a day after Vallow was served a court order from Idaho to produce her missing children, Joshua “JJ” Vallow, 7, and Tylee Ryan, 16.

Vallow, 47, was arrested on February 20 on several charges relating to the disappearance and extradited to Idaho. The children’s remains were found buried on Daybell’s property in Salem, Idaho, on June 9, and Daybell, 52, was arrested on the same day. Both have now been charged with conspiring to hide evidence of the children’s disappearance and death, as CrimeOnline previously reported. No charges have been filed for the death of the children, and authorities have not said how they died.

In the beginning of the nearly eight minute police video, an officer says over the car radio, “Advise them that we have a search warrant, and don’t let them use any communications,” as the police vehicles file in behind Daybell and Vallow, who was driving the black Ford Explorer. A sergeant tells her to “step off” as she gets out of the car, advising her, “We have a search warrant for you guys, your car, your belongings.”

The sergeant hands the warrant to Vallow and directs her away from the vehicle with the officer whose body camera footage was released. She stands reading the document, while in the background, on the other side of the Explorer, Daybell is with other officers. He is eventually put into a vehicle, and the officer walks Vallow behind the Explorer to another police vehicle and puts her inside.

Vallow and Daybell’s trials are scheduled for January 2021. Daybell’s defense attorney on Friday filed a motion asking for oral arguments on moving his client’s trial from Fremont County, Idaho, East Idaho News reported. And earlier this week, the prosecutor asked that their trials be combined.