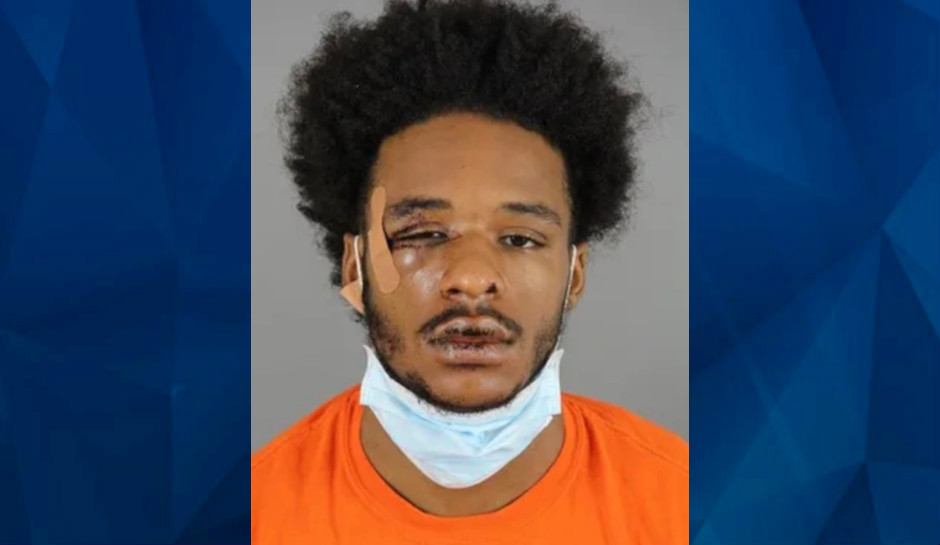 Boyfriend calls 911 after stabbing his ex-girlfriend to death: Cops

A Wisconsin man has been charged with killing his girlfriend just hours after she told her sister she had broken up with him, the Milwaukee Journal-Sentinel reported.

Menomonee Falls police were called to the victim’s apartment shortly before midnight by Hasani Monroe, 20, who told them the victim “picked up a knife and stabbed me,” according to the criminal complaint.

When they arrived, they found the victim unresponsive and not breathing with a stab wound in her upper chest near her heart and a large bump on the side of her head. Emergency personnel tried life-saving measures but were unsuccessful.

According to the complaint, a shirtless Monroe “was saying ‘help her, help her, please help her’ and ‘she’s not breathing.'”

Monroe had several injuries as well, police said. He had wounds on each shoulder blade, lower back, right eyebrow, and right ear. None of the injuries were severe, and he was treated and released into police custody.

The victim’s sister said that the victim told her at about 8 p.m. she had just broken up with Monroe.

One officer said that Monroe was “pacing back and forth outside of the apartment” while emergency workers tried to revive the woman, according to Fox6. “Why would she do that?” he asked the officer. “Is this a dream?”

Another officer said Monroe was “speaking frantically” and engaged in “exaggerated movements and excessive emotional attention.” The officer said he ordered Monroe to the ground when he became worried about his behavior, and that Monroe then asked the officer to kill him. According to the complaint, another officer calmed him down.

According to a transcript of the 911 call, Monroe said twice that the victim just “picked up a knife and stabbed me.”

“I took the knife, and I’m trying to snatch the knife from her hand,” he said. “I pushed the knife towards her.”

Monroe was formally charged with first degree intentional homicide on Friday and was ordered held at Waukesha County jail with a $500,000 cash bond. He is expected in court for a preliminary hearing on October 2.