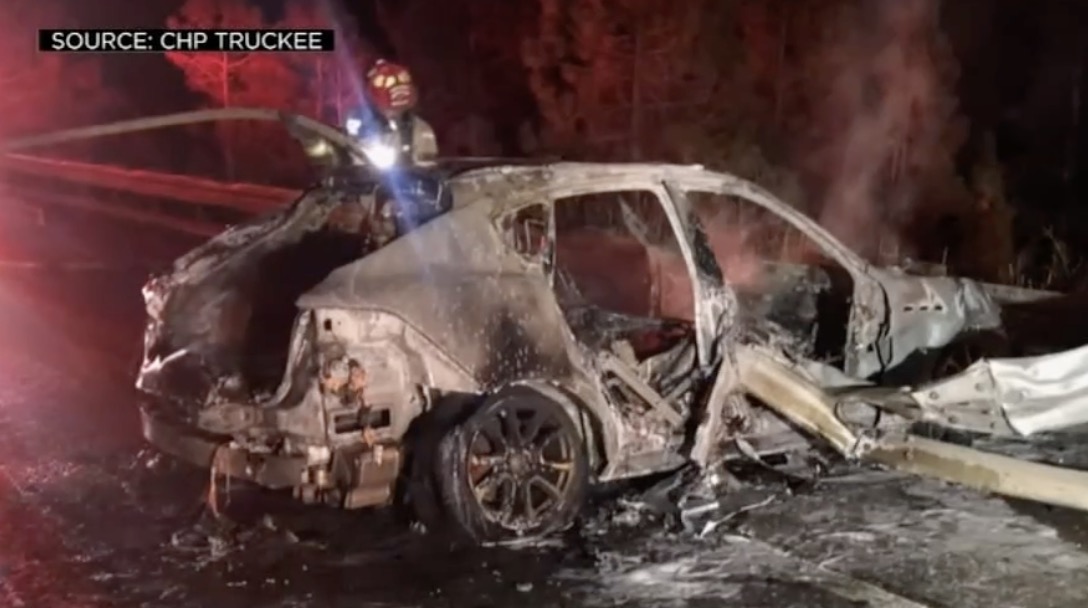 Two teenagers too young to drive suffered severe burns Thursday night when they crashed a 2017 Maserati Levante on Interstate 80 near Donner Pass, and it burst into flames, according to KGO.

Off-duty Redwood City Police Officer Matt Cydzik was driving by, and he joined other bystanders to get the 14-year-old boy and 15-year-old girl away from the burning vehicle. The California Highway Patrol said the pair had gotten out of the car, but not far enough away.

Cydzik said he and the others who stopped worked seamlessly.

“It’s a high traffic area,” he said. “There are trucks and semis coming down the road, so we started working without even communicating.”

The highway patrol said the vehicle was traveling 100 miles per hour when the driver — believed to have been the boy — lost control and slammed into a guard rail. The guard rail went through the right front passenger door and burst into flames, they said, according to MyNews4.

Both teens suffered “major injuries” and were flown to UC Davis Medical Center.

The luxury SUV belonged to the girl’s father, the highway patrol said. The teens had taken it without permission. CHP said no drugs or alcohol were suspected.