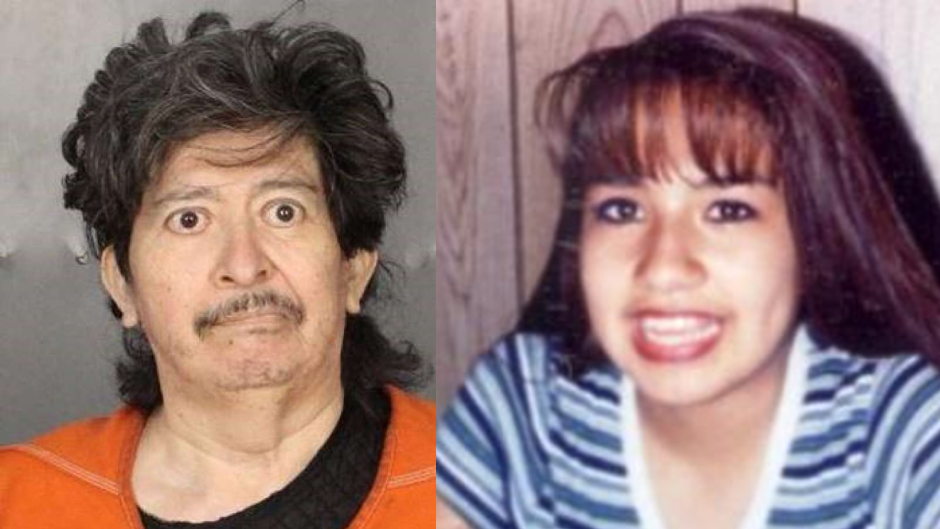 Texas authorities announced Friday that they’ve charged a man with the death of a young mother, killed 17 years earlier.

The Texas Department of Public Safety said in a statement that Andy Castillo, 57, was jailed on unrelated charges — stalking and criminal solicitation-aggravated sexual assault of a child — when he was served a warrant for Cynthia Palacio’s murder.

Palacio, 21, was found strangled and partially nude on a rural road in Lubbock County in July 2003. It is unclear where Palacio was last seen alive.

A recent alert in the Combined DNA Index System (CODIS) reportedly led Texas Rangers and the Lubbock County Sheriff’s Office to zero in on Castillo. KCBD reported that semen found on Palacio’s thigh and DNA evidence recovered from under her fingernails, blouse, and necklace were linked to Castillo.

Lubbock police took DNA samples from Castillo before he was transported to McLennan County Jail on the unrelated solicitation and stalking charges, according to KCBD.

Amid their investigation, authorities linked Palacio’s murder to the April 2004 slaying of Linda Carbajal, 21. KCBD reported that the two women were roommates.

The news station interviewed Carbajal in 2002, after she was arrested for prostitution. Carbajal — who reportedly had 39 prior arrests — told KCBD that she plans to change her life for daughter and grandmother because “life’s too short.”

Deputy Doug Sutton previously said a pickup or vehicle with heavy tires possibly dumped Palacio’s body. Sutton said it is possible that the same vehicle was used to dump Carbajal’s body a year later, according to the news station.

Castillo’s bond was increased to $1.5 million in light of the recent murder charge. At some point, he will be transported to Lubbock County to stand trial for Palacio’s slaying.