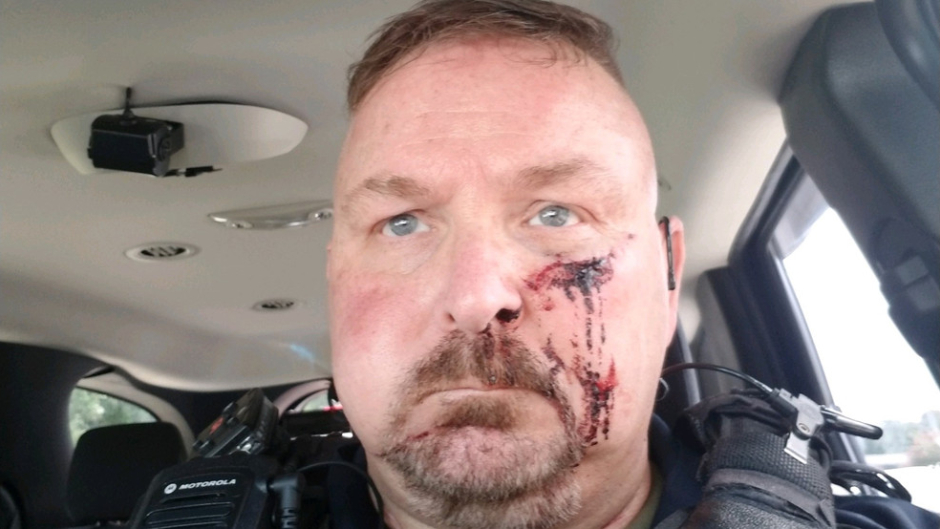 On Tuesday, a South Carolina judge denied bond for a man accused of stabbing a police chief in the face with an ice pick in front of his home.

According to WCIV, Bonneau police chief Franco Fuda said he was at home Monday when he heard a knock at the door. Fuda reportedly went outside and was met by Forrest Bowman, who allegedly told Fuda he was “going to die today” and stabbed him below his left eye.

Fuda was in the process of calling 911 when he was stabbed. Bowman reportedly fled to his mobile home and refused to leave even after SWAT arrived, WCSC reported, citing Berkeley County investigators.

Deputies reportedly sent a robot into Bowman’s trailer to determine where he may be hiding. They then gained entry home and apprehended Bowman — who was hiding between a mattress and wall, according to the news outlet.

Video footage showed Bowman naked and screaming as SWAT pulled him out of his trailer.

Bowman was charged with attempted murder in connection with Monday’s incident.

WCSC noted that Bowman was recently released on bond after allegedly threatening a church pastor and police officer.