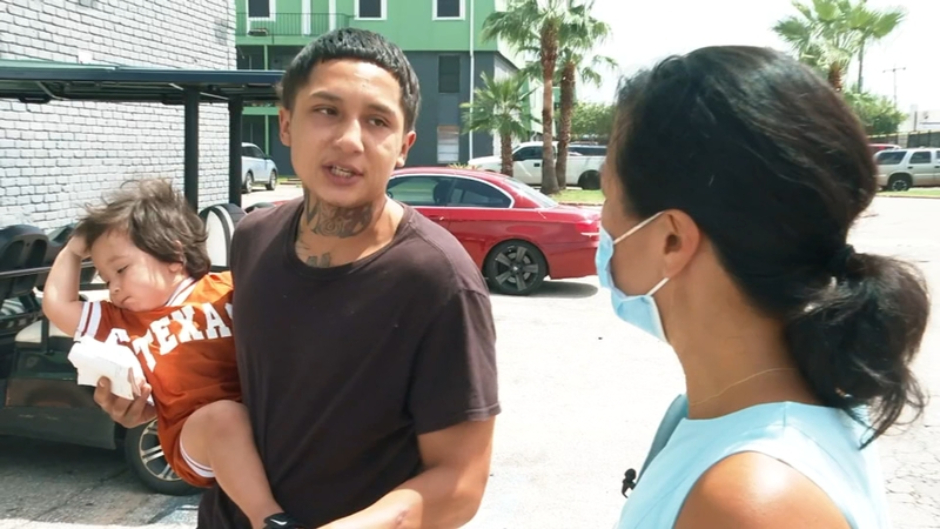 A Texas family has received an outpouring of support days after they were filmed being evicted from their home.

Rodriguez told the news outlet that he lost his job due to the coronavirus pandemic. He said it took months to get a new job, and the $361 check he had in his pocket would not be enough to stop the eviction.

While the Centers for Disease Control recently announced a halt to evictions, KTRK reported that the timing and the requirements of the order did not allow it to be applied in Rodriguez’s case.

Under the eviction moratorium, those who can prove that the coronavirus pandemic is the reason they have not paid rent cannot be kicked out of their homes.

Rodriguez said he had not been paying rent and owed thousands of dollars. CNN reported that the family has been staying in a hotel following their eviction.

Since the story aired, two GoFundMe campaigns were launched: One for the Rodriguez family which has garnered $70,000; and another for Houston-area families who have been evicted due to the pandemic. The second fundraiser has amassed $238,000 in donations.

The public also expressed concern about an elderly woman who was seen being evicted during the CNN broadcast. Harris County Precinct 1 Constable Alan Rosen said the woman’s son made a deal with the landlord to stop the eviction.

Rodriguez has thanked the public for their outpouring of support.

“It’s the best thing that could ever happen to me,” he said.