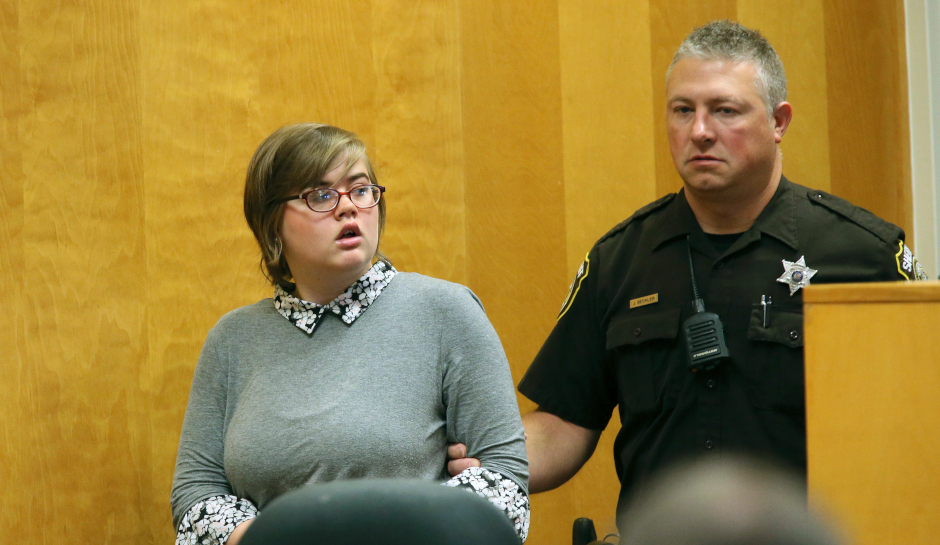 One of two Wisconsin girls convicted of nearly stabbing a classmate to death to appease the fictional horror character “Slender Man” in 2014 asked the state Supreme Court on Friday to toss out her conviction in adult court, the Associated Press reported.

Morgan Geyser, now 18, pleaded guilty to attempted first degree homicide in 2017 to avoid prison but was found not guilty by reason of insanity and sentenced to 40 years in a mental hospital, as CrimeOnline previously reported. Her attorneys have repeatedly argued that Geyser, who was 12 at the time of the stabbing of Peyton Leutner, should have been tried in juvenile court.

Wisconsin’s 2nd District Court of Appeals ruled against Geyser on Wednesday, saying adult court was the right place for the trial, the second time that court has done so, the Milwaukee Journal Sentinel said.

But Matthew Pinix, Geyser’s attorney, said after that ruling that he would take the case to the high court, saying his client should have been charged with attempted second-degree intentional homicide, which would have sent the case to juvenile court.

“Morgan’s fight is not over,” Pinix said Wednesday. “This case is definitely one that the Wisconsin Supreme Court should decide.”

The attorney’s petition to the supreme court says that Geyser believed Slender Man would kill her or her family if she did not kill Leutner, and so was acting in self-defense, according to the AP.

Pinix has also challenged the use of Geyser’s statements to police, arguing that her confession was involuntary because she was not capable of an “intelligent, knowing and voluntary” agreement to talk with detectives, the Journal Sentinel said.

The appeals court did not address that issue, saying that even if the court erred in using the statements, “such error was harmless beyond a reasonable doubt due to the additional, unchallenged and overwhelming evidence in this case.”

Geyser and another girl, Anissa Weier, admitted that they lured Leutner into some woods near a suburban Milwaukee park in Waukesha County, as CrimeOnline reported. Geyser stabbed Leutner 19 times while Weier urged her on, according to investigators. Leutner was left for dead, but she crawled out of the woods and got help from a passing bicyclist. All three girls were 12 at the time.

Geyser and Weier said they carried out the attack to curry favor with Slender Man, an online horror character typified by spidery limbs and a blank white face.

Weier was sentenced to 25 years in a mental hospital after pleading guilty to being a party to attempted second-degree intentional homicide. She claimed, however, she wasn’t responsible for her actions because she was mentally ill, and a jury agreed, finding her not guilty by reason of insanity.

Read more about the Slender Man stabbing case from CrimeOnline.