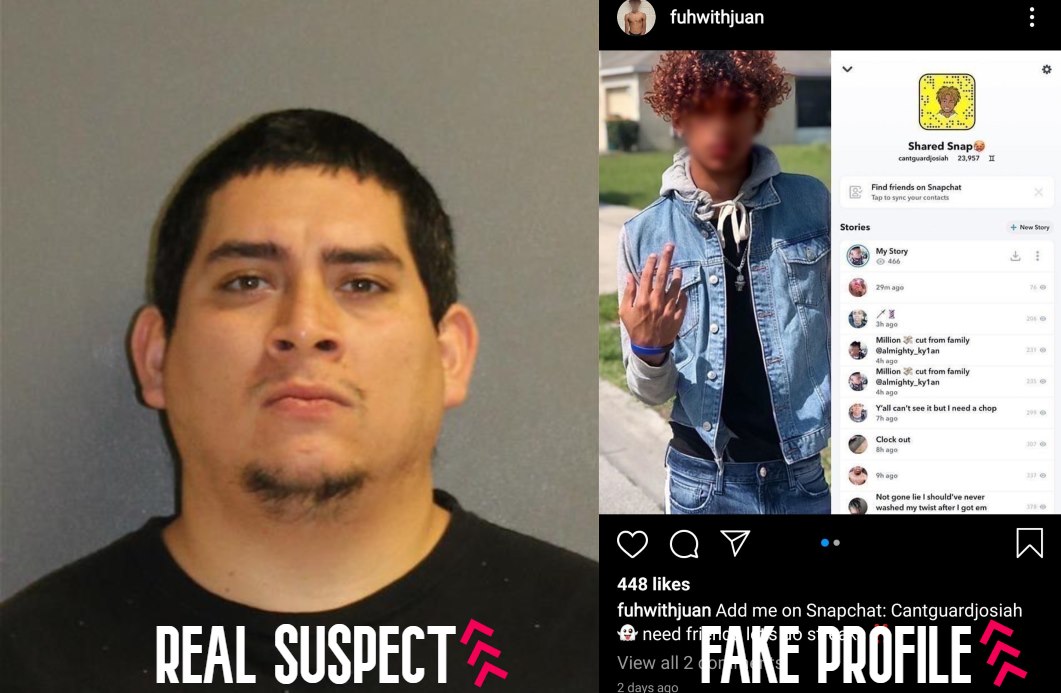 Joaquin Mendez has been charged with lewd or lascivious battery of a victim under 16.

The 13-year-old’s mother called police Friday afternoon after finding “concerning text messages” on the girl’s phone during a routine check. The victim told her mother Mendez picked her up Friday morning in his vehicle and drove her to a wooded area, where they had sex. She said she met him on Facebook.

Detectives investigating the case discovered Instagram and Snapchat accounts that Mendez used to contact the girl contained images of a young Black man who looked nothing like Mendez.

Deputies found Mendez’s vehicle later Friday afternoon and watched the house until detectives returned with a search and arrest warrant. He was taken into custody at about 1:30 a.m. Saturday and booked into the Volusia County Branch jail, where he was being held on a $25,000 bond early Saturday evening, jail records show.