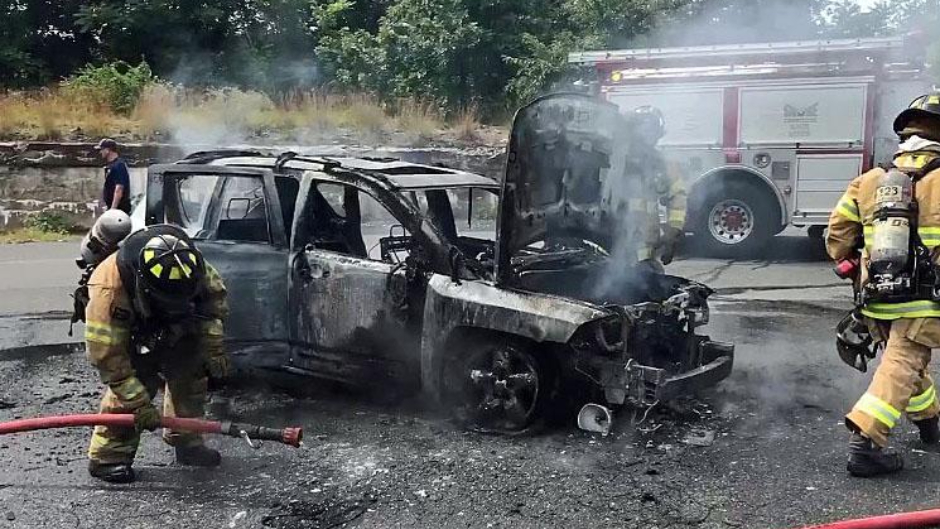 A Connecticut teen reportedly rescued a mother and her three children from a burning car on Wednesday.

In a video posted to Facebook, Waterbury police Captain Michael Dasilva thanked Justin Gavin, 18, for saving the family of four. Gavin was reportedly walking down West Main Street when he spotted a burning vehicle come to a rolling stop at Sperry Street.

Dasilva commended Gavin for jumping into action “without concern for his own safety.” Gavin reportedly opened the driver’s door and helped Latrisha Chambers out of her seatbelt. Then he went to the backseat and rescued Chambers’ three children — a 9-year-old, 4-year-old, and a 1-year-old who was in a car seat, according to police.

Gavin told WVIT that he had just gotten off a bus when he noticed the burning SUV. Meanwhile, Chambers said she was “in shock” and had not realized her car was on fire.

September 9th 2020 – Chief Fernando Spagnolo thanks Justin Gavin (age 18) for helping to save a mother and her three children from a burning car.Great job Justin!

“I told the little girl to unbuckle her seatbelt as fast as she can so when I threw open the door, I could just pull them out,” Gavin recalled. “I was kind of scared because I’ve never seen a burning car before.”

“I hope that when you have that coin, it just reminds you of this day and you can reflect back on all the good that came out of this for you and the family you saved…You can always look at that time and reflect back on this great moment in your life,” the police chief told Gavin.

The teen replied, “I definitely will, thank you.”