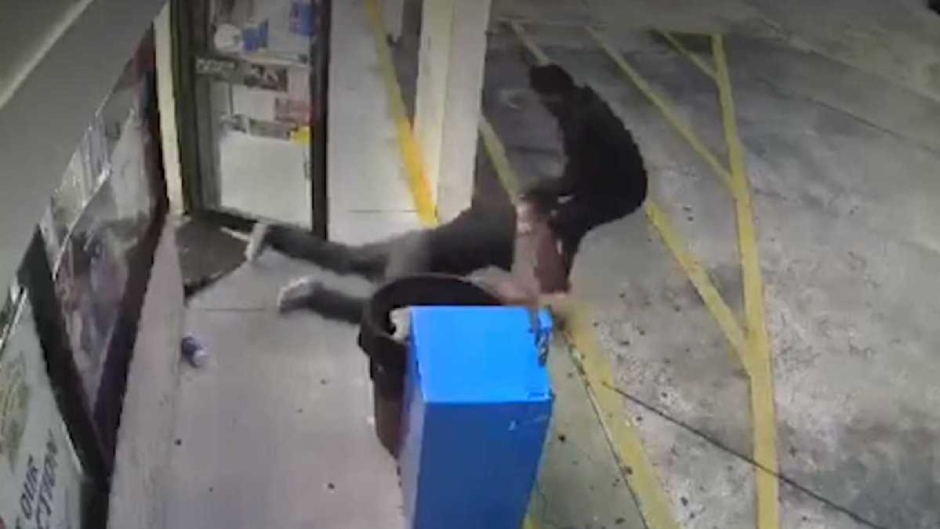 Police in Florida have arrested a suspect who allegedly attacked an elderly man outside a gas station on Tuesday.

Winter Park police said in a Facebook post that responding officers found a 70-year-old man bleeding in front of a Citgo station on North Orange Avenue. An investigation reportedly found that the victim was assaulted after he asked Rovester Ingram to move away from him because he was not wearing a mask.

Tutul claimed Ingram angrily said, “I come in here every day. Why are you telling me six feet?”

Tutul said the victim and suspect are both regular customers. Ingram allegedly followed the victim out of the store, then punched and kicked him as he headed back in.

WOFL obtained surveillance footage which apparently shows Ingram dragging the 70-year-old by his hair and punching him.

“The victim was on his stomach as Ingram repeatedly punched him on his back, then spat on him and kicked him in the head before walking away,” Winter park police alleged.

Officers ultimately arrested Ingram at his home. He was charged with aggravated assault on a person older than 65 and kidnapping.

WOFL reported that the victim was taken to the hospital with serious injuries, including broken bones. His current condition is unknown.

#ARRESTThanks to the diligent work of our officers, a violent offender was positively identified and arrested.