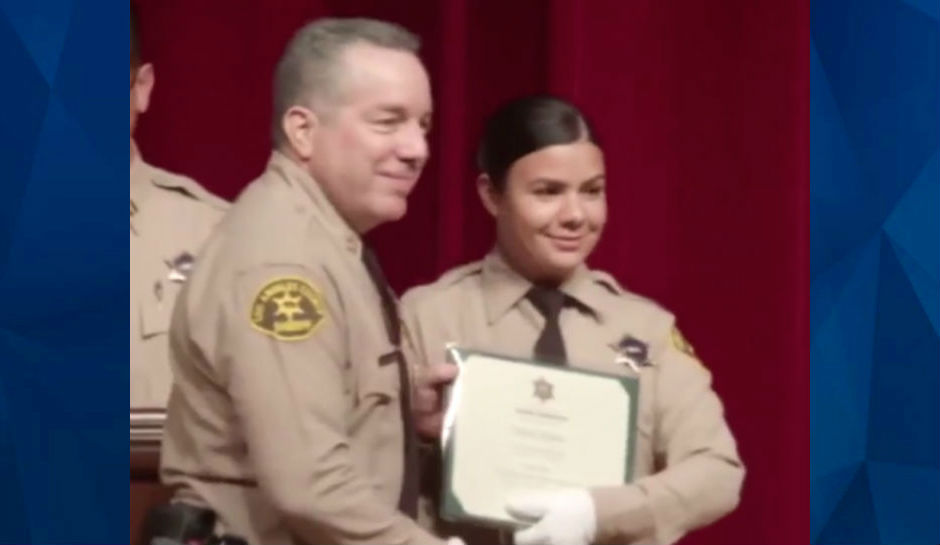 A Los Angeles County Sheriff’s deputy who was shot in a sudden attack this weekend provided potentially lifesaving aid to a fellow deputy while she was bleeding from a gunshot wound to her face.

A report in the Daily Mail has identified one of the two sheriff’s deputies shot while on duty in Compton on Saturday as 31-year-old Claudia Apolinar. Authorities have not yet publicly identified the deputies who were shot when a suspect ran up to their parked patrol car and fired into the passenger window before fleeing.

Apolinar’s father reportedly confirmed the deputy’s identity to the Daily Mail, and told the news outlet that she is being guarded by members of the LASD as she recovers from surgery in a hospital. He also said that Apolinar previously worked as a librarian before applying to join the LASD in 2017. A photo obtained by Fox News indicates that Apolinar graduated from training in 2019.

According to the report, Apolinar was shot in the face and the torso, and tended to the second sheriff’s deputy who had also been shot. That deputy has not been identified.

“It’s an extreme situation. She was shot in the face, shot in the upper torso several times,” LASD Lt. Brandon Dean told the Daily Mail.

“To have the wherewithal to get yourself out of the vehicle and the line of fire in case it continues, but then to take care of your partner, initiate radio traffic make sure the civilians in the area are safe, it shows a lot about her courage and intestinal fortitude.”

The suspect in the shooting is still at large. The LASD is offering a $100,000 reward for information that leads to the arrest and conviction of the suspect, and that reward is expected to increase on Tuesday, Fox News reports.