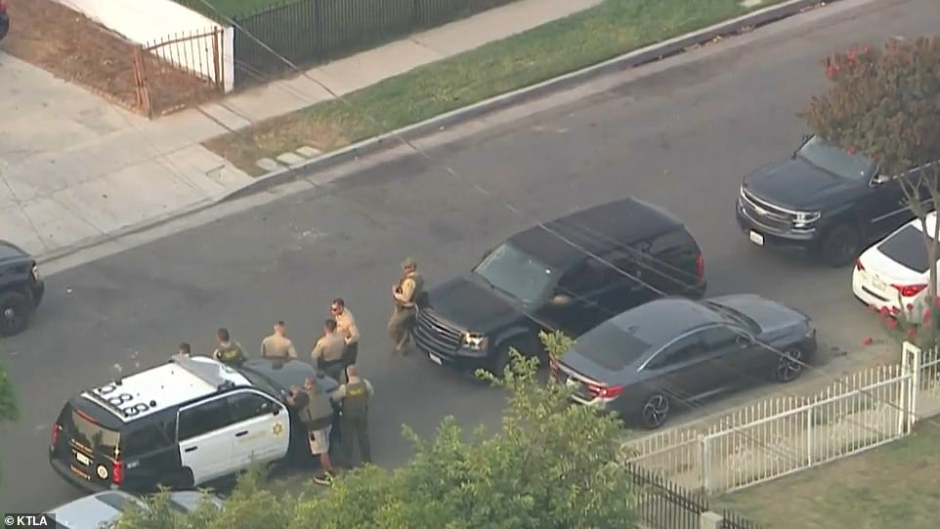 On Tuesday, police in California arrested an armed carjacking suspect who, at one point, was reportedly believed to be the gunman who shot two officers on Saturday.

According Los Angeles police reportedly arrested Deonte Murray, 36, following a nine-hour standoff that ended in Lynwood. Officials said Murray was under investigation in connection with a September 1 carjacking, and he fled from officers when they tried to pull him over, according to the Los Angeles Times.

Before his arrest, Murray allegedly ditched his getaway vehicle and hid in a residence. Police reportedly used tear gas and a K9 to drive him out of the property. Murray was ultimately found hiding in a nearby trash bin and taken into custody.

Multiple law enforcement sources initially told KNBC that the carjacking suspect was linked to Saturday’s shooting of two transit patrol deputies who were sitting in a patrol car in Compton. Sheriff’s Seargent Bob Boese has since said there was no indication Murray was involved in Saturday’s incident, and attributed Tuesday’s heavy police presence to the fact that Murray had shot the carjacking victim with a “high-powered rifle,” according to the Los Angeles Times.

“He is a carjacking suspect and he will be booked for carjacking and assault with a deadly weapon,” Boese said.