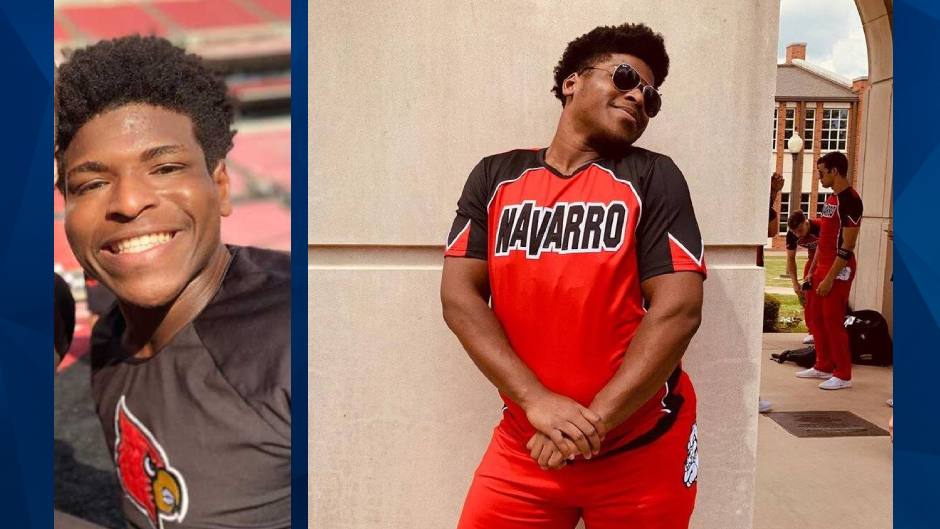 “Cheer” star Jerry Harris was arrested Thursday in Illinois for allegedly soliciting pornographic videos and images of minors and soliciting sex from a 13-year-old boy at cheerleading competitions.

The Chicago Tribune reported that Harris, 21, is expected to appear before a federal judge in Chicago Thursday afternoon. In September 2018, Harris allegedly contacted the victim on Snapchat and told the victim to create sexually-explicit videos and photos of himself to send to him.

Citing the criminal complaint, the U.S. Attorney’s Office of the Northern District of Illinois said in a statement that the 13-year-old victim disclosed his age at the beginning of his online correspondence with Harris.

Family isn’t always blood. It’s the people in your life who want you in theirs. The ones who accept you for who you are. The ones who would do anything to see you smile, and who love you no matter what.❤️

The victim’s parents searched his cellphone and reportedly discovered messages between Harris and their son. The boy ultimately revealed that Harris solicited oral sex from him at a cheerleading event they both attended, according to the Chicago Tribune.

Harris was also accused of soliciting sex from the victim during a different event.

After the FBI raided Harris’ home in Naperville Monday, he allegedly confessed to soliciting illicit images and sex from the boy on multiple instances.

Per the complaint, Harris reportedly also said he used Snapchat to solicit and receive lewd images from 10 to 15 people he knew were underage. The Chicago Sun-Times reported that one of the victims said Harris was “relentless” in his requests.

Charged with one count of producing child pornography, Harris was the breakout star of the 2020 Netflix docuseries “Cheer,” which follows  Navarro College’s cheer team as they prepare for the National Cheerleading Championship.

USA Today reported that authorities began investigating Harris after twin 14-year-old boys claimed Harris had harassed them, starting when they were 13. Varsity Brands, a company that runs cheer competitions, reported the allegations to police in Florida and Texas on August 1.

On Monday, the mother of the twin boys filed a lawsuit against Harris, Varsity Brands, the U.S. All Star Federation, and the Cheer Athletics gym, where Harris has cheered. In it, the mother accused the organizations of failing to protect her sons from Harris’ misconduct.