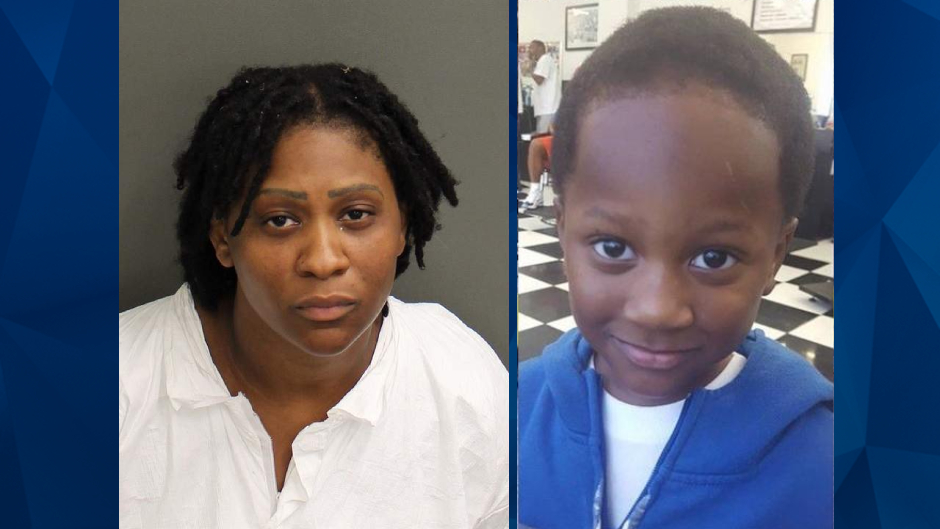 Mom who drowned son has schizophrenia, recently became obsessed with ‘some kind of witchcraft’: Report

A Florida woman who allegedly killed her 6-year-old son Wednesday reportedly has mental health issues that have affected her since she was a child.

Elandia Green told WESH that she found her grandson, Avion Borner, lifeless in a bathtub at the Key Suites, an extended stay hotel where her daughter, Labreaunne Wilson, 26, had been staying. Green reportedly made the grisly discovery minutes after Wilson was found naked in a nearby lake.

Before Borner’s body was found, surveillance cameras reportedly captured Wilson, 26, pulling the boy across the street toward Lake Tyler. Wilson was filmed returning to the hotel alone a short time later, according to the news station.

Wilson reportedly went back to the lake roughly 30 minutes later. Upon returning, Orange County police said she was seen on camera carrying Borner’s limp body over her shoulder while heading back to their hotel room. Police alleged that Wilson had drowned her son in the lake.

An hour and a half later, Wilson reportedly left the hotel room alone and walked back to Lake Tyler. Witnesses said Wilson took off her clothes and entered the water nude, according to an arrest affidavit.

WESH reported that Wilson refused to get out of the lake and kept saying, “God forgive me” and “444.”

Bystanders and Orange County Fire Rescue members eventually pulled Wilson from the water. Once out of the lake, water deputies overheard Wilson say, “I think I killed my child,” according to the Orlando Sentinel.

Green reportedly also lives at the Key Suites in Orlando. She and a complex manager reportedly found Borner in the bathtub before he was pronounced dead at a hospital.

Authorities have not yet revealed a motive, but Wilson is facing murder charges in connection with her son’s death. Green told WESH that her daughter has undergone treatment for schizophrenia and bipolar disorder, but she recently became obsessed with some sort of witchcraft.

Green said she believes her daughter’s new interest may have played a role in Wednesday’s incident.

“She loved her child,” Green said of her daughter. “She’s not this person that everybody’s trying to put on her. That’s not her. She does have mental issues, she’s been having those for a very long time, since she was 10.”