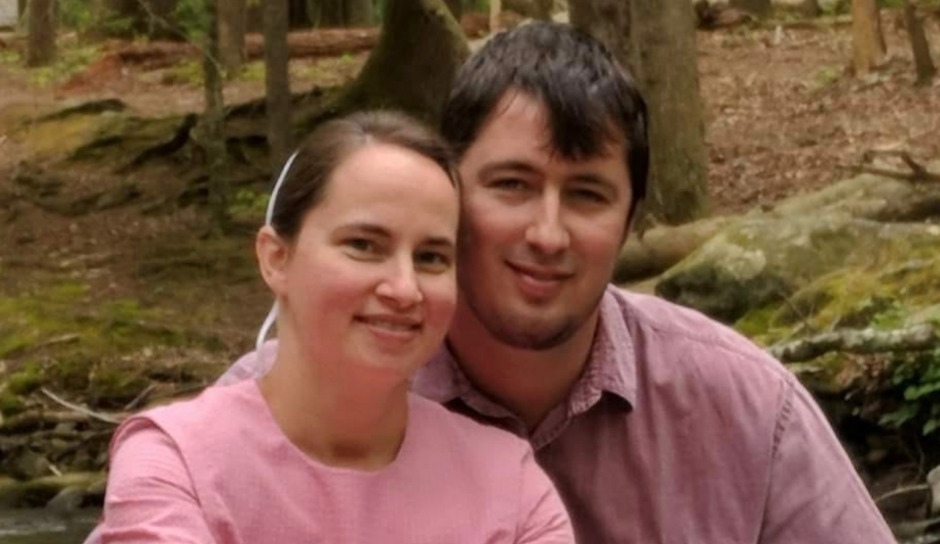 Armed robbers shot dead an Indiana mother and critically wounded the father last week while the couple’s 6-year-old son watched from the back seat of his dad’s truck, WISH reports.

Wilma and Jonathan Hochstetler’s son retrieved his father’s cell phone after the brutal attack early Thursday morning so he could call 911.

The couple, from Worthington — about an hour and a half southwest of Indianapolis — were working on repairs to Jonathan Hochstetler’s work trailer at a job site when two armed men approached and robbed them, then shot them both and fled.

The Hochstetlers run a family-owned roofing and gutter business, and Jonathan had been in Indianapolis on a job. At the end of the day, a tire blew out on his trailer, so he sent his crew back to Worthington with the truck while he stayed to work on the trailer.

Wilma returned with the truck, a spare tire, and their 6-year-old son, Bradon. With the tire replaced, they prepared to leave but noticed a problem with the lights on the trailer. As they worked on the lights, the two men arrived on the scene, pulled out guns, and robbed the pair of their wallets and Wilma’s cell phone.

The two started to walk away, family friend Andrew Yutzy told WISH, then abruptly turned around “and just point-blank shot Wilma and then Jonathan.” Bradon was hiding in the back seat of the truck.

Jonathan crawled to the truck after the men left and called for Bradon to get his cell phone, which was still in the truck. The boy did so, and Jonathan called 911.

Police arrived and found Wilma dead on the scene. Jonathan was struck in the neck and taken to a hospital, where he underwent surgery to fuse three vertebrae back together, his father Sam Hochstetler said. Sam Hochstetler also said his son has broken bones in his jaw face but is expected to fully recover, according to Fox59.

Still, Yutzy said, going forward with Wilma will be difficult. “Literally, he didn’t he didn’t breathe without Wilma being a part of it,” he told WTHR. “That’s how close they were.”

In addition to Bradon, the Hochstetlers have three daughters — Melissa, 16, Abigail, 14, and Kendra, 10. All are “devastated,” Yutzy said.