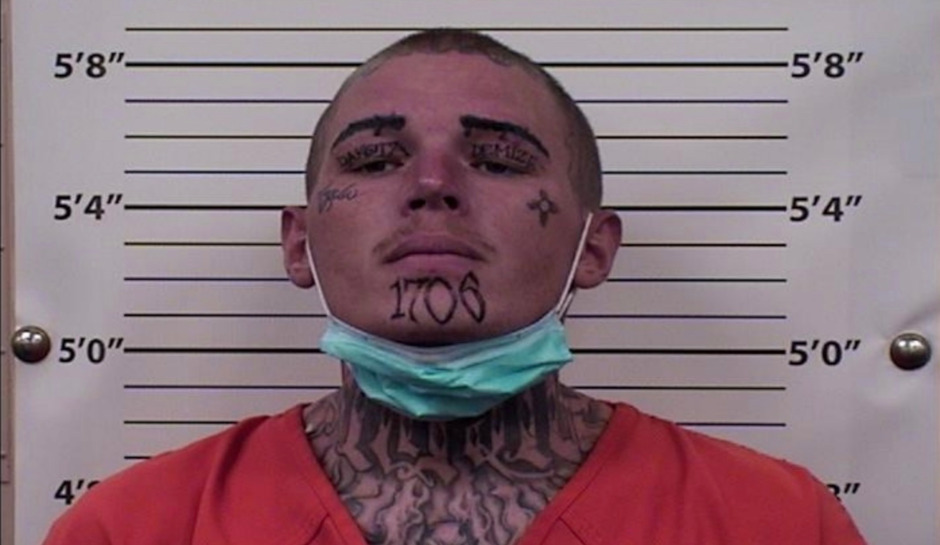 Double murder suspect nearly got away posing as his brother

Dakota Briscoe has been charged with shooting his friends to death and burning their bodies beyond recognition before stealing a car at gunpoint and fleeing.

A New Mexico man accused of shooting two of his friends and torching their bodies in a car has been arrested and charged with murder following a 11-day manhunt that stretched from Albuquerque to Las Cruces, the Albuquerque Police Department says.

Dakota Don “Outlaw” Briscoe, 34, allegedly terrorized neighbors with a gun on September 7 before stealing a vehicle belonging to one of them, according to the Albuquerque Journal.

Briscoe was arrested at an immigration checkpoint in Las Cruces, 225 miles from Albuquerque, on Wednesday while posing as his younger brother — but his brother, Austin Epps, also had a warrant out for his arrest.

Briscoe, who had been driving Epps’ van and using his driver’s license, was arrested by New Mexico State Police on Epps’ warrant for failing to appear in court last year on a drug charge. Epps’ driver’s license was also expired, and the registration on the van was expired. A Las Cruces magistrate set a $1,500 bond on the citations, but before he could be released, law enforcement discovered his real identity.

The criminal complaint filed against him said that Albuquerque police officers responded at about 9:30 a.m. on September 7 to calls about an attempted carjacking, a home invasion, and a vehicle fire. The investigation linked Briscoe to those crimes and several others, including the shooting deaths of two men whose bodies, burnt beyond recognition, were found inside the burning SUV.

The men were identified as Eric Carbajal, 36, and Nathan Garcia, 39, whose girlfriends told police that the two men had been selling methamphetamine for Briscoe and that Briscoe had accused Garcia of stealing from him. They said that Garcia had been staying at Garcia’s home for several weeks. Another woman who lived at the house told police that Briscoe and Carbajal smoked meth that morning before all three went outside and sat in Garcia’s SUV in the driveway. The SUV left the driveway at about 8:30 a.m., she said.

The medical examiner found that Carbajal and Garcia had been shot multiple times and were dead before the SUV, which belonged to Garcia, was set ablaze. Garcia was shot twice in the head, and Carbajal was shot once in the head and twice in the chest.

After setting fire to the vehicle, police said, Briscoe allegedly tried to carjack two women at gunpoint and, when he failed, broke into another woman’s home, fired a gun at her, and stole her vehicle.

Briscoe is being held at Bernalillo County’s Metropolitan Detention Center with no bond, according to jail records.