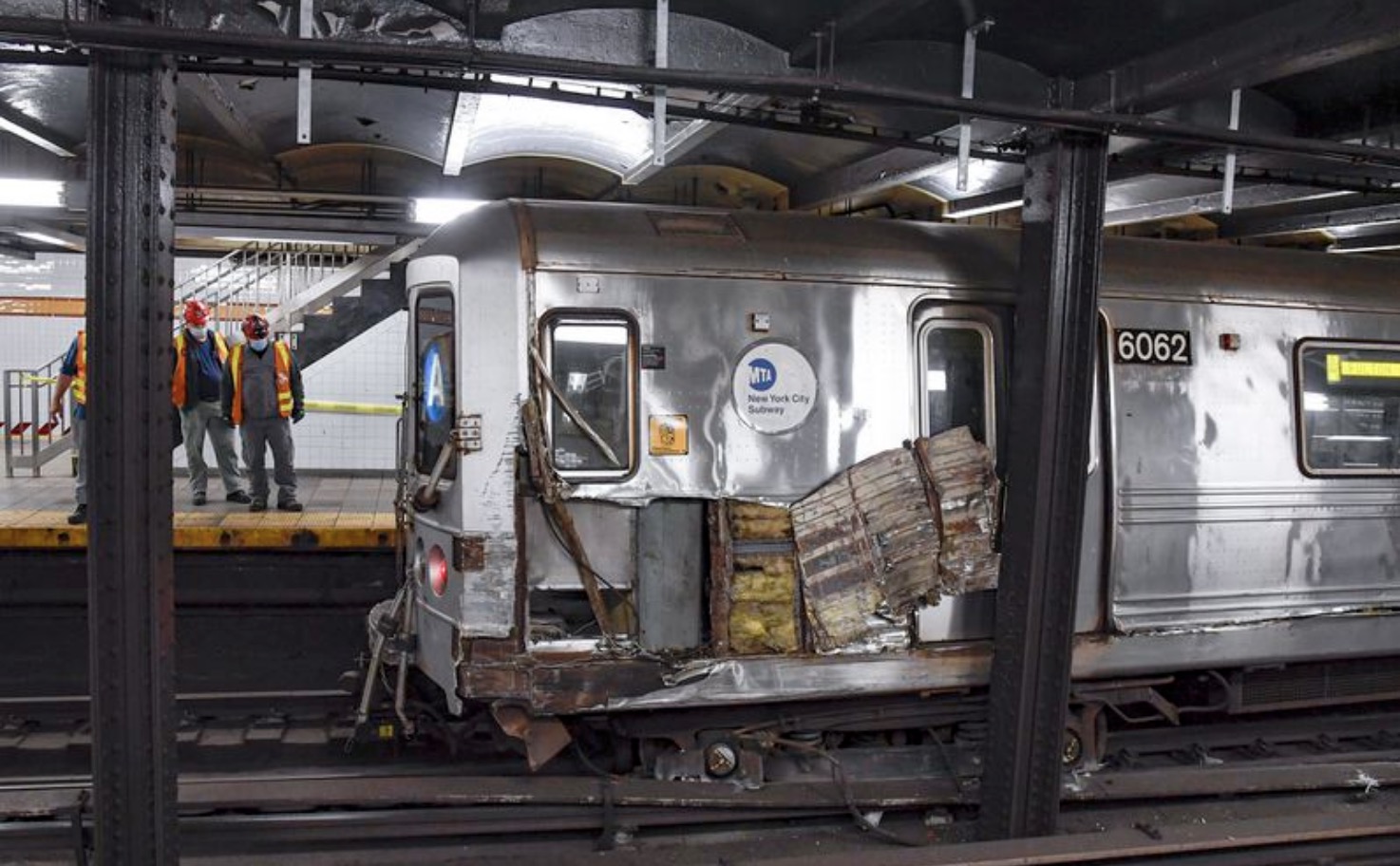 A Manhattan subway train veered off the rails Sunday after striking debris thrown onto the tracks by an as yet unnamed suspect, the New York Post reported.

MTA customers reportedly grabbed the suspect, apparently known to police for criminal activity around the city’s subway, after the train derailed and held him until police arrived.

The Fire Department of New York said that only three minor injuries were reported on the train, which was carrying 135 passengers.

The A train was moving into the 14th Street Station at about 8:20 a.m. when it hit several steel beams on the tracks, MTA officials said, causing “significant damage” to the train, track and steel polls.

The suspect is said be a 30-year-old homeless man and had not been charged early in the day, the Post said. One police source said the man “commits criminal mischief in the subway” and another said he has also been accused of smashing a bus window with a metal bench.

Commuters told the New York Daily News that the man took the metal plates from a construction pile and threw them onto the tracks. A commuter jumped down and removed them, but the man threw them down again just before the train entered the station. Commuters said they saw him laughing as the wheels on the first car left the tracks, and the car sideswiped columns separating the train beds.

All the A trains were stopped south of 14th and traffic northbound between Canal St and 59 St was suspended. Bus service helped transport stranded passengers.

“We aim for a normal rush hour for tomorrow morning — that is our goal,” Frank Jezycki, the acting vice president of the subways, said.

“However, we do have a significant amount of work ahead of us which can only commence once the police investigation concludes,” he added.